Last week I described three common dynamics in couples where one partner is much wealthier than the other. Those are the “Funder and Beneficiary” where the wealthy partner pays for everything, the “Proportional Spenders” who contribute based on their income, and the “Equal Dividers” who split expenses down the middle. 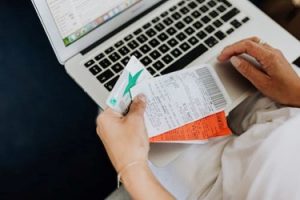 Let’s explore what may be going on emotionally for the partners in these relationships.

The wealthy Funder often has a love language of giving and may have money scripts that giving makes them more attractive. There is often a wounded part of themselves hungry for belonging that attempts to satisfy that need by attracting a partner through showing love materialistically.

The non-wealthy Beneficiary may have a focus on the financial benefits of dating the wealthy partner. They are often more compliant and tolerant in the relationship in exchange for the monetary benefits, and they may be unwilling to “rock the boat” if the partnership doesn’t progress to a long-term commitment. The Beneficiary typically also has a vulnerable part of themselves desperate for belonging and has come to believe that material gifts and support are outward evidence of someone’s affection. A reduction in material expression from the Funder can trigger the more vulnerable part of them that feels unwanted.

The wealthier Proportional Spender can be the more balanced of the three wealthy personalities. While they recognize the inequality and are willing to spend proportionately, they don’t fully financially support their partner.

The non-wealthy Proportional Spender is also possibly the more balanced of the three types of relationships. They tend to accept their partner’s higher contribution and maybe even some financial support, but not in exchange for “settling.” They are willing to lose the relationship and its perks if there is no perceived future. They certainly have a vulnerable part of themselves needing to belong, but it isn’t overly focused on love being expressed materially. They have a good sense of being responsible for themselves financially and are generally okay with the inequality.

The wealthier partner is often very vigilant around their spending. They can often have a vulnerable part that longs for belonging, but fears that affection shown by a partner will be tainted by their money instead of being authentic. They most fear being in relationship with someone who only values their money, putting in stringent boundaries to protect themselves.

The non-wealthy Equal Divider typically insists on paying their own way and puts up stringent boundaries around receiving. While they occasionally may accept the wealthy partner paying for a date night, they pay their share of lifestyle expenses and travel. If they can’t afford it, they say so and modify the activity to something less expensive. They are also willing to lose the relationship and its perks if there is no perceived future. This partner probably has a vulnerable part that feels inadequate, guilty, and carries shame. They could have inner parts that are very critical of themselves for not having more and that feel ashamed of not having more or being able to pay their own way. They generally have a difficult time receiving from another person.

As with other relationships, the success of a financially unequal coupleship hinges more on the emotional dynamics than the money. For example, a partnership between a wealthy partner who is emotionally comfortable as a Funder and a non-wealthy partner who is emotionally comfortable as an Equal Divider is not likely to thrive. The financial inequality is less important when both partners feel valued and respected for who they are rather than the monetary value they bring into the relationship.