As a fan of our local ECHL hockey team, the Rapid City Rush, I was sorry to learn recently that the team’s new owners had uncovered evidence of some $500,000 worth of embezzlement over the past several years. 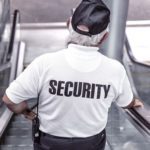 Other embezzlement arrests or convictions in our area in 2019 have included a priest, an accountant for a nonprofit, a former chief of a volunteer fire department, and a former secretary of a tribal office. Amounts stolen ranged from $9,100 to $250,000.

Few things strike more fear and disbelief into the heart of an employer than learning a trusted employee has embezzled thousands of dollars. Employers that have gone through this tell me their feelings range from disbelief, violation, anger both at the employee and at themselves, sadness, and fear over the loss of capital and ensuing financial problems the embezzlement often causes.

According to the 2018 Hiscox Embezzlement Study, most instances of embezzlement are serious, long-term crimes. The average case lasted over two years, and the average loss was $357,650. The vast majority of cases involved more than one person. Nearly a third of employee theft cases persisted for more than five years. The average loss for cases that continued for five years or more was $2.2 million and for cases lasting 10 years or more was $5.4 million.

The study found that there is no “typical” embezzler. However, it did find that the median age of embezzlers is 48, slightly more women than men commit this type of crime, and embezzlers’ most common job functions are finance and accounting.

Embezzlers may target organizations of all sizes and types. Four of the five local cases I cited were non-profits. Large organizations experience fewer instances of embezzlement than small and mid-sized organizations. According to the study, financial services continues to account for the highest number of cases of employee theft of any industry examined.

Many business owners, executive directors, and board members blame themselves for allowing theft to happen under their watch, but in all fairness the warning signs are often subtle. Hiscox has identified five common characteristics to watch for:

• Intelligence and curiosity: Embezzlers are often eager to know how everything in the office works. Once they learn the processes, they manipulate them for their own gain.

• Extravagance: Watch for employees who are living a lifestyle that is out of proportion to their salary.

• Egotistical risk-taking. Embezzlers often break rules, from traffic laws to company policies to social norms, both at work and in their personal lives.

• Diligence and ambition. Embezzlers may work long hours or refuse to take time off—not out of dedication to the job but in an attempt to avoid being caught.

• Disgruntlement. Employees who feel they are being treated unfairly may be tempted to get even by stealing.

In my experience, most people are honest and trustworthy. But there are some whose past trauma contributes to a pattern of poor financial decisions and behaviors. Embezzlement, which to some degree can be a crime of opportunity, might even seem to be a way to avoid the consequences of previous poor money choices.

The study noted that more than half of the organizations recovered less than a third of what was taken. It also pointed out that embezzlement costs companies far more than money. Business partners may be lost. The damage to an organization’s reputation results in lost customers or donors and difficulty attracting new ones. It can take years to recover. Yet three-quarters of respondents said their current employers did not have insurance to cover embezzlement losses.

Embezzlement is a serious crime with serious consequences. Next week we’ll look at ways that employers can protect themselves.