The financial services field is one of the most regulated in the United States. I’m told that our regulations are as complex as those in the medical field. This makes sense; our health and our money are two important pillars of wellbeing. Preventing harm to either can be a matter of life and death. 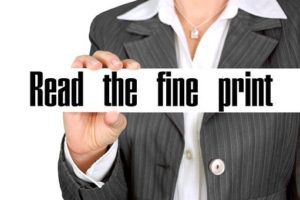 Regulations are intended to protect patients and financial consumers from negligent, unethical, and fraudulent providers. While they do offer some protection to the public, they certainly are not completely effective. An Internet search for “financial fraud” will give you a horrifying number of cases. Remember Bernie Madoff, who pled guilty in 2009 to scamming his clients out of $65 billion. In the three years following, there was a 62% increase in financial fraud.

The cost of preventing fraud is significant to financial companies. According to LexisNexis Risk Solutions 2020 Survey, “The cost of fraud pre-COVID-19 among U.S. financial services and lending firms rose 12.8% over the previous reporting period, which covered the first halves of 2018 and 2019 respectively. For every dollar of fraud lost in the pre-COVID period, U.S. financial services and lending companies incurred an average of $3.78 in costs, up from $3.35 since the last edition of the survey.”

It’s not unusual for regulations to result in reducing service to clients. For example, my firm used to help clients with managing and trading their employer 401(k) plans. This required us having the passwords to their accounts. About a decade ago the SEC decided we could not have client passwords in our possession. It violated the rules meant to protect against financial advisors absconding with clients’ money. Never mind that the millions of dollars clients may have placed with the same advisor in accounts over which they had direct access were perfectly okay.

Another instance recently ended up in one advisor known to me abandoning a weekly video to all her clients updating the recent market effects on model portfolios. She was highlighting how one anonymous actual client portfolio was performing as compared to how hypothetical (called back-tested) portfolios were doing. Reporting on an actual rather than a hypothetical portfolio is a much better indication of true performance. Many advisors don’t report on actual portfolio performance, however, because it’s almost always worse than the hypothetical.

While the clients loved the weekly reports, the advisor eventually abandoned them because the reporting and disclaimer rules were so complicated that fully complying with them was next to impossible. She was left with the equivalent of switching from serving a delicious home-cooked meal to the equivalent of a prepackaged TV dinner. Her clients weren’t happy, she wasn’t happy, but the SEC was ecstatic because the clients were protected from the possibility that the advisor might dishonestly report fraudulent data. Instead, the clients got generic, meaningless data that wasn’t what they wanted.

The SEC’s regulations meant to protect the consumer are often so onerous that they prevent many independent advisors from giving the consumer the service they were hired to provide. Certainly, it would serve our elected officials to stop and consider unintended consequences before passing even more regulations.

It’s possible that many regulations meant to prevent fraud are more effective at burdening those who play by the rules and driving up costs for consumers than they are at dissuading those who are inherently immoral and corrupt from continuing to flagrantly bilk consumers out of billions. Maybe that is because legislating morality has never worked well. As a consumer, don’t just assume that regulations alone will safeguard your finances. Instead, help protect yourself by using your own vigilance and common sense to find financial advisors who are ethical and trustworthy.