IRAs May Not Offer Asset Protection 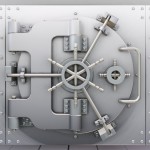 Protecting what you have against frivolous lawsuits, unjust judgments, and unlawful seizure would seem to be important. Yet most Americans aren’t interested in asset protection. Why not?

In the U.S., “the rich” find themselves increasingly disparaged and under attack to “spread their wealth around.” There are plenty of people, organizations, and government agencies greedily eager to help those who “have” join those who “have not.” Increasingly, protecting what you’ve worked hard to accumulate deserves much more attention.

Traditionally, one of the best asset protection vehicles is a retirement plan. ERISA retirement plans (those covered by the Employee Retirement Income Security Act of 1974, including defined benefit plans, 401(k) plans, 403(b) plans, money purchase pension plans, and profit-sharing plans) are beyond the reach of most creditors. Up until a few years ago the same protection didn’t apply to IRAs, which were subject to creditor seizure in many states.

In 2005 the Supreme Court ruled that IRAs enjoyed the same protection as ERISA plans. The 2005 changes to federal bankruptcy laws limited that protection to the first $1 million.

One of the best ways to protect your IRA assets from a judgment is to open a self-directed IRA and have the custodian transfer all of the IRA assets to an LLC domiciled in a state like South Dakota. It is one of the few states that limit the reach of a creditor to a charging order, preventing creditors from forcing liquidation of the assets.

However, not all IRAs are created equal, especially one that you inherit. Several recent court cases have determined that an inherited IRA does not qualify as a retirement plan and no longer qualifies for creditor protection.

To confuse matters, courts in California and Ohio have taken an opposite view and ruled that inherited IRAs are retirement plans and therefore protected from creditors. Undoubtedly this issue will waffle around the court system for many years, ending up in the lap of the Supreme Court. Until it is resolved, what should you do to protect an inherited IRA from creditors?

Another strategy suggested by Ed Slott, editor of the IRA Advisor newsletter, is to name a trust as the beneficiary of the IRA. “An IRA left to a properly drafted trust may avoid creditors’ claims, no matter how the courts rule on inherited IRAs held outright.”

Whatever you decide, if you have an inherited IRA or an IRA worth over $1 million, take steps today to protect it. It’s important to guard your retirement assets from those who would like to help you join the 70% of Americans who have nothing.