South Dakota has certainly been in the news recently. Coverage of the leaked “Pandora Papers” included headlines like “How South Dakota became a global tax haven,” “South Dakota Is a Moral Sewer and Should Be Abolished,” and “How South Dakota Became the Caymans of the Heartland.” The last called the state “a haven for dirty money.” 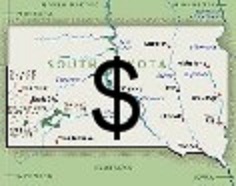 Wow, this would lead someone to believe South Dakota is unique in providing shelter for illegally gotten gains and levying no taxes on the income generated by the money. That’s partially true, but there is much more to the story.

The first trusts date to the days of the Roman Empire. The owner of something of value (the Grantor), grants or gives that asset to a trusted advocate (the Trustee), for the benefit of someone else (the Beneficiary). The Grantor gives the Trustee a list of instructions (the trust document) on how the trust should be managed and ultimately distributed to the beneficiary.

All trusts by nature are private. Unlike LLCs or corporations, they are not publicly recorded with any government entity. This is one of the reasons why they are popular. In the US they are often used in estate planning to avoid probate, which can speed up the distribution of a person’s estate and, unlike a will, keep the recipients of the assets of the estate private and out of public records.

Another popular reason for placing assets in a trust, especially upon the death of the Grantor, is exercising control over how the assets are managed and distributed.

In the US, all federal, state, and local taxes apply to assets in a trust. Obviously, if the assets are in one of the nine states, including South Dakota, with no income taxes, there will be no state tax on any income generated by the trust assets

A trust becomes a “tax haven” only to non-US citizens if the US tax rates are lower than those of their home country, or if the parties to a trust decide not to report its earnings to their country’s tax authorities. While all US trusts must report trust earnings for US citizens to the IRS, they are not generally required to report earnings to foreign governments. Non-US citizens are responsible for reporting a trust’s earnings to their governments. Any criminally intentioned person can use any trust, LLC, or corporation in any state as a “haven for dirty money.”

CNBC pointed out that South Dakota offers another type of trust called a domestic asset protection trust, “which may guard investments against creditors while still offering some control over the property. These trusts can make it easier for someone to shield money from ex-spouses, estranged business partners and other judgments.” The report did not mention that 18 other states also offer these trusts, or that most people use the trusts defensively in case their liability insurance fails to cover a lawsuit and to protect their assets from unforeseen financial disasters.

Why, then, has so much money flowed into South Dakota trusts? It’s because South Dakota allows a trust to exist into perpetuity, while other states often limit the life of a trust to as low as 21 years. Trusts with no limit on their life are attractive to families who want their wealth to pass from generation to generation. Such trusts, referred to as Dynasty Trusts, do not offer a tax benefit. These trusts pay the highest US income taxes on income retained by the trust.

The reality behind the dramatic headlines is that trusts are common in the U.S., vary greatly in purpose and complexity, and are largely used for practical and responsible reasons.