Trust With Caution; Protect Yourself From Scammers

Early this year, dozens of expatriate Americans living in San Miguel de Allende, Mexico, found out that an employee of Monex Bank had emptied up to 158 accounts of some $40,000,000. Many of the customers lost their entire retirement savings. The employee had worked for the bank for 20 years. Apparently she had been siphoning off money from accounts for months and sending the depositors fake statements to cover the disappearing funds. 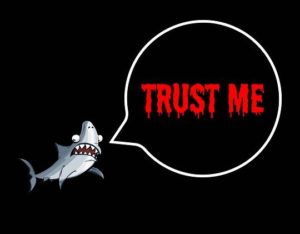 According to an article by David Welch that appeared in Bloomberg Businessweek on May 23, 2019, the banker had promised these depositors “fat returns” in investments that would be immune to the peso’s fluctuations. Such promises are common to many fraudulent schemes where investors are duped out of their money.

In this case, the all too familiar scam of promising returns “too good to be true” was promulgated by an employee of an international bank with assets of $5.2 billion. Even more unusual is that while the bank said they would make their customers whole again, only one of the 158 had received all of his funds back at the time the Bloomberg article was published. A bank employee admitted that was a mistake and asked the depositor to send back a portion of the check.

One of the defrauded investors was quoted as saying, “Part of this is my fault. I wasn’t even remotely suspicious.”

Such trust is exactly what scammers and con artists rely on. The most important vulnerability they exploit is ignorance. We tend to think of financial predators taking advantage of the poor, the elderly, and the uneducated. To some extent, this is certainly true. But the poor have no monopoly on financial ignorance.

In order to make money from their schemes, scammers need to target people with enough money to be worth preying on. The ability to earn a lot of money and the ability to manage money wisely do not necessarily go together. The infamous Bernie Madoff, remember, cheated some wealthy and sophisticated investors out of millions.

Some of the qualities that make us vulnerable to financial predators come from our own human flaws. We’d all like to believe those promises of faster, easier ways to make a lot of money or save a lot of money.

Some of our vulnerability, though, comes from our best selves. Scammers exploit our willingness to trust and even the integrity that can lead us to assume others are as honest as we are.

Protecting yourself from financial predators requires being honest with yourself about the qualities that make you vulnerable. It also requires a willingness to take action to protect yourself, in several ways.

1. Acknowledge what you don’t know and ask for advice—from someone who has nothing to gain from whatever decision you make.

2. Educate yourself from neutral, reputable sources. There are countless websites, books, and classes to help you learn about investing and managing money.

3. Listen to your own feelings. If anything seems too good to be true, you probably know at some level that something isn’t right and the wise choice would be to say no.

4. Channel your inner skeptic. Any time someone offers you an incredible opportunity to make a lot of money, ask yourself what’s in it for them. Chances are they are working for themselves, not for you.

5. Pay attention. Read the fine print. Read account statements. Ask questions. If your queries are brushed aside, be willing to be that “difficult” customer who keeps asking.

Finally, don’t be your own worst enemy. Don’t trust blindly. Don’t assume someone else will look out for your best interests. That responsibility is always up to you.