Do your credit card reward points belong to you? 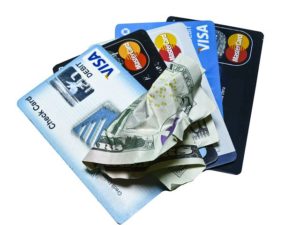 For frequent travelers, who often choose credit cards based on reward programs, accumulated points can be worth thousands of dollars. Whether points are an asset that can be transferred to an heir is another matter.

I recently received this question: “Our friend whose husband recently passed away lost over a million points with Capital One because her husband was the primary on the account and she was just an authorized user, not a joint owner. Capital One closed the credit card since he passed and all the points were forfeited. Do you have any ideas on how to get the points back?”

Unfortunately, not much can be done after the fact. Most credit cards offering points that can be redeemed for travel expense say that points have no cash value and are not actually the property of the account owner but rather belong to the reward’s program. Most card programs’ terms and conditions say that points outstanding upon the card holder’s death are permanently forfeited.

An appeal to the issuing bank would be worth trying. Surprisingly, some will show compassion and allow the points to transfer to another account or credit their value against any outstanding balances on the card, usually at one cent per point.

Considering this issue ahead of time, however, might allow surviving spouses to avoid losing all of a loved one’s hard-earned points.

The downside of a joint account is that each cardholder is equally liable for any amounts the other charges to the account. If your marriage is transparent and without any financial infidelity going on, this shouldn’t be a problem. If the card is a business card, joint ownership could be more problematic.

The next best choice is to be sure both partners have the login information for the account. This would allow a survivor to log on and redeem or transfer points. Many cards will allow transferring points to an airline or hotel rewards programs for 1.5 to 2.3 cents per point. Of course, both partners need to have access to those accounts as well, which generally isn’t a problem with most programs.

This is also the recommended method of accessing points with a specific airline. According to a September 19, 2019, article by Richard Kerr at thepointsguy.com, giving your next of kin access to all your airline and hotel awards accounts gives them “all the information needed to continue using the points and miles without alerting the airline.”

Including airline reward points in a will may be worthwhile. It might not make a difference with every airline or bank, but some programs will transfer such designated points without a fee.

Travel reward points may be a relatively minor asset. Still, a little planning can make them readily available without adding stress for a surviving spouse during a difficult time.