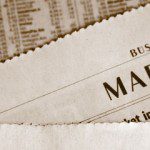 The threat of a government shutdown virtually guaranteed that the investment markets would close out the third quarter with a whimper rather than a bang. The S&P 500 index lost 1.1% of its value in the final week of the quarter as the U.S. Congress seemed to be lurching toward a political standstill that would shut down the U.S. government. All the uncertainty has tended to obscure the fact that most U.S. stock market investors have experienced significant gains so far this year.

And the recent quarter was no exception. Despite the rocky final week, the Wilshire 5000–the broadest measure of U.S. stocks and bonds–rose 6.60% for the third quarter–and now stands at a 22.31% gain for the first nine months of the year. The comparable Russell 3000 index gained 6.35% in the most recent three months, posting a 21.30% gain as we head into the final stretch of 2013.

Small company stocks, as measured by the Wilshire U.S. Small-Cap, gained 9.68% in the third quarter; the index is up 27.53% so far this year. The comparable Russell 2000 small-cap index was up 10.21% in the second three months of the year, posting a 27.69% gain in the year’s first nine months. The technology-heavy Nasdaq Composite Index was up 11.16% for the quarter, and has gained 25.24% for its investors so far this year.

In the first half of the year, any diversification into investments other than U.S. stocks were dragging down returns. No longer. The broad-based EAFE index of larger foreign companies in developed economies rose 10.94% in dollar terms during the third quarter of the year, and is up 13.36% so far this year. The biggest surprise is Europe: a basket of European stocks rose 13.16% over the past three months, which accounts for virtually all of their returns this year; the index is now up 13.17% for the year.

Emerging markets stocks are climbing out of a deep hole that they fell into earlier in the year, returning 5.01% in the past three months, even though the EAFE Emerging Markets index is still down 6.42% for the year.

Other investment categories are not faring so well. Real estate, as measured by the Wilshire REIT index, fell 1,98% for the quarter, though it is still standing at a 3.84% gain for the year. Commodities, as measured by the S&P GSCI index, reversed their recent slide and rose 5.44% this past quarter, taking them nearly even, just down 0.27% so far in 2013. Gold prices perked up on the uncertainty over the government shutdown, gaining 9.26% in the recent quarter, though gold investors have lost 20.48% on their holdings so far this year.

Bonds have continued to provide disappointing returns both in terms of yield and total return. The Barclay’s Global Aggregate bond index is down 2.24% so far this year, and the U.S. Aggregate index has lost 1.87% of its value in the same time period.

In the Treasury markets, the year has seen a bifurcated market; declining yields in bonds with 12 month or lower maturities, while longer-term bonds have experienced rising yields and a corresponding decline in the value of the bonds held by investors. In the past year, the yield on 10-year Treasuries have risen almost a percentage point, to 2.65%, and 30-year bonds are now yielding 3.73%, up 86 basis points over the past 12 months.

Municipal bonds have seen comparable rate rises; a basket of state and local bonds with 30-year maturities are now yielding 4.32% a year; 10-year munis are returning an average of 2.56% a year. The rises, of course, have caused losses in muni portfolios.

Perhaps the most interesting thing to notice about America’s 20+% stock market returns so far this year–extraordinary by any measure–is that they were accomplished at a time when investors seemed to be constantly skittish. Just a few weeks ago, everybody seemed to be worried that the Federal Reserve would end its QE3 program and let interest rates find their natural balance in the economy. One might wonder why this would be such a scary event, since it is the Fed’s economists way of telling us that the U.S. economy is finally getting back on its feet.

All eyes are still on Washington, but now they’ve moved from the Fed to the Capitol Building. The question everybody has been asking in the final days of the quarter is: what would be the investment and economic impact of a government shutdown? This question might be one to consider going forward, since the two parties seem to have a lot of fundamental disagreements over spending priorities, and budget battles could become quarterly events.

An article in the Los Angeles Times says that most economists and analysts seem to anticipate a partial two-week government shutdown. The lost pay for hundreds of thousands of furloughed federal workers would cut 0.3 to 0.4 percentage points off of fourth quarter growth–the difference between weak 2% growth annual growth that the economy is currently experiencing and an anemic 1.6% growth rate that would be flirting with recession. An estimate by Goldman Sachs puts the potential lost GDP at 0.9%.

A longer shutdown could cause disruptions in private-sector production and investments, and would almost certainly lead to stock market declines. The L.A. Times article notes that stocks lost about 4% of their value during the December 1995-January 1996 shutdown. Job growth stalled, and the GDP gained just 2.7% in that first quarter.

Interestingly, Congress has quietly moved away from the issue that has triggered the last few budget stalemates, focusing this time on whether or not to fully fund the health care legislation. In the past, the issue was budget deficits, but it turns out that the budget deficit has come down dramatically over the past 12 months. The U.S. government posted a $117 billion surplus in June, and the Congressional Budget Office expects to run a surplus again in September–the result of revenue gains as a result of tax hikes plus the growing economy, coupled with a 10% reduction in spending.

What does all this mean for your investments in the final quarter? Who knows? Nobody could have predicted, at the start of the year, with all the hand-wringing over the fiscal cliff and new tax legislation, that we would be standing nine months into 2013 with significant investment gains in the U.S. markets and a resurgence in global investments led by, of all places, Europe.

This much we can predict: the recent uncertainties–the paralysis in Congress, worries about the direction of interest rates and whether the Fed is going to stop intervening in the markets–will give way to new worries, new uncertainties, which will make all of us feel in our guts like the world is going to hell in a handbasket.

But the headlines obscure the fact that investment returns are created the hard way, by millions of people getting up in the morning and going to work and spending their day finding ways to improve American businesses, generate profits, create new products and new markets, day after day after day.

Whatever ups and downs you will experience–and you WILL experience them, perhaps in the next quarter or the next year–that underlying driver of business enterprises and stock value is constantly working on your behalf. That will be true no matter what the headlines say, no matter how spooked you feel about whatever scary thing is going on in the world. Nobody enjoys the investment ride the way children enjoy the thrills of a roller coaster, but both seem to ultimately deliver their riders to a semblance of safety in the end.