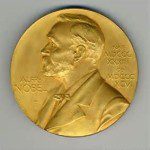 Yale economics professor Robert Shiller won the Nobel Prize in Economics this year, thrusting him into the spotlight of the mainstream media, and also making millions of investors aware that he has been predicting, for the past several decades, that housing and stock prices are due for a fall. Financial advisors everywhere are fielding different versions of the same question from their nervous clients: If a brainiac like Shiller sees a stock market downturn in our future, then shouldn’t we all be selling stocks and hiding our money in our mattresses until the bear market blows over?

Prof. Shiller’s newfound fame offers a great opportunity to discuss one of the biggest challenges we face as professional investors. Few people who are not in the business can understand how difficult it is to know the future, and especially how hard it is to move into and out of the investment markets, avoiding downturns and catching market updrafts.

Let’s start by looking at the case Prof. Shiller has been making about the investment markets. One of his innovations is to update the standard price/earnings (PE) ratio—which, as the name implies, divides the total price of all the shares of a given stock by the company’s total earnings. The higher the PE, the more you are paying for a dollar of earnings. A PE of 8 means it costs $8 to buy a dollar of corporate earnings. A PE of 25 means it costs $25 to buy that same dollar of earnings. In general, cheaper is better; that is, a lower PE implies higher future returns over the next 10-20 years.

This sounds straightforward, but the question is: what earnings measure should you use? The past four quarters (which gives you the trailing PE), or the estimate of earnings for the next four quarters (the forward PE)? Company earnings jump around unpredictably, in part because of one-time writeoffs, making a stock seem expensive one quarter and cheap the next. So Prof. Shiller proposed that we measure the relative cost of stock market shares using the CAPE—the “Cyclically-Adjusted Price/Earnings Ratio”—which basically means using the 10-year moving average of earnings for each company over the past 10 years. This is also called the P/E 10.

Well… The problem is that other brainiacs have different opinions about the market. At the same time the mainstream media was discovering Prof. Shiller, Leon Cooperman, chairman and CEO of Omega Advisors (one of the largest and most successful hedge funds on the planet) was telling reports that the market is reasonably valued, and he doesn’t see a bear market anytime soon. He noted that China’s economy is improving, Europe is recovering and the U.S. economic growth is slow but steady. What is going to trigger panic selling?

Meanwhile, it is helpful to remember that at the beginning of 2012, most market pundits seemed to agree that the long bull market that started in March of 2009 was over. Peter Boockvar, a technical analyst, described the market as “overbought.” Ken Tower, at Quantitative Analysis Service, said that he was leaning more on the side of concern about risk than about generating profits.

And consider the advice of Paul Franke of the Smarter Investing website at the beginning of 2013: “Statistically, our research shows that the American stock market is extremely overvalued.” He compared stock market conditions at the start of this year to 1929 (before the crash), 1999-2000 (before the “tech wreck” downturn) and 2006-2007 (before the Great Recession).

Should we have jumped out of stocks at the beginning of 2012? If we had, we would have missed a 15.83% total return on the S&P 500. Should we have abandoned stocks at the start of 2013? If we had, we would have missed out on the 23.52% returns year-to-date. And it is worth remembering that taking Prof. Shiller’s advice would have had us out of stocks for most of the recent bull market and, indeed, mostly out of stocks for as long as many of us have been investing. Prof. Jeremy Siegel of the Wharton School has pointed out that the PE-10 ratio has been above its long-term average for the past 22 years, with the exception of nine months, mostly concentrated in late 2008 and early 2009.

But the most interesting fact of all may be that Prof. Shiller shared his Nobel prize with Eugene Fama and Lars Peter Hansen of the University of Chicago. Prof. Fama has argued that stock prices are always fairly valued, because they incorporate all available information known to investors at the time. Prof. Hansen won his prize for testing rational expectations models—which basically are derived from the efficient markets model which Prof. Fama embraces. In a recent editorial in the New York Times, Prof. Shiller acknowledged that he and his co-Nobel laureates disagree on many points about market valuations.

When so many smart commentators are telling us different things about the future, who should we listen to? The truth is, no matter how smart (or dumb) any of us happens to be, none of us can see into the future. The gift of intelligence is not the gift of foresight. If we followed the advice of every really smart analyst that we read, we would be pulled in every direction at once–and that would be the worst thing possible for you and your hard-earned dollars at work.