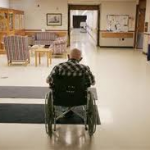 According to the latest census, there are now just under 39.5 million persons age 65 and over in the United States, and another 10.7 million age 60-64.  Yet according to an insurance data-gathering organization called LIMRA, only about seven million of those have long-term care insurance coverage.

As you probably know, long-term care–or LTC as it is known to professionals–is any insurance coverage that pays for the costs of a stay in a nursing home or for someone to provide care and assistance in your home if you (or a parent, or loved one) should ever become unable to care for yourself.  It has been estimated that roughly two-thirds of all 65-year-olds will, at some point in their lives, need this kind of care.  About half are expected to require more than 90 days of skilled nursing care.  The odds are one in ten that a person will be in need of care for three years, and another ten percent will need care for five years or longer.

For the unlucky minority, the costs can be significant.  One state-by-state database shows that the average nursing home cost across the nation is $71,000 a year, or $195 a day, but these costs vary dramatically depending on the actual facility you’re looking at, from just under $50,000 up to (gulp) $200,000 annually.  In South Dakota the costs are around $165 per day.

The AARP estimates that some two-thirds of all of today’s nursing home residents pay for their care with money from Medicaid, the national health insurance program for persons with low incomes.  There is, in fact, a thriving cottage industry in the legal community offering tips on how to impoverish an elderly loved one in order to qualify for government assistance.  The problem is that many facilities limit the number of beds they offer to Medicaid recipients, which means that the genuinely impoverished–and those who have maneuvered themselves into impoverishment–may not be able to get the best care.

Another government program is on the way, although some are already questioning its long-term solvency.  The recently-passed health care law created something called the Community Living Assistance Services and Supports program, otherwise known as CLASS.  CLASS will be available through employers.  It will collect monthly premiums, and after five years, participating employees will be covered and receive benefits if they need care, whether they’re in their 20s recovering from a snowboarding accident or in their 90s dealing with Parkinson’s disease.

However, recent reports in the Washington Post and the New York Times suggest that the program, which is due to open either late next year or in 2013, may not actually be solvent unless younger people sign up for what has generally been regarded as middle-age (or later) insurance.  The Center for Retirement Research at Boston College has estimated that if fewer than one percent of participants in the CLASS plan are under age 40, then the program would need to charge $312 a month to make the program actuarially sound.  At that price, it might be hard to get people to sign up.

If the government is worried about funding long-term care expenses, than you probably should be too.  But how would you know whether to self-insure or buy coverage?

As it happens, an article in a recent issue of Financial Planning magazine offers a rough way to weigh the costs against the potential benefits.  The article assumed that there is a 20% chance of needing one year of care, and a 10% chance that you’ll spend three years or more in a nursing home or in your own home under the care of a skilled nurse.  You could either buy a policy at age 55 with premiums of $3,400 a year or roll the roulette wheel and take the risk of incurring long-term care costs of $57,000 a year in current dollars.  The analysis assumes that you (or a loved one) will live to age 85, and the care costs will tend to occur late in life.

Bringing all the various costs back to present-day dollars, the analysis says that you have a 60% percent chance of never needing to make a claim and, therefore, losing all your premiums–a present value cost of $60,000.  You have a 20% chance that you’ll stay in a facility for just one year, which means that if you bought the insurance, you would still come out behind about $12,000, on a present value basis.

There is one additional factor to this equation.  If you self-insure long-term care costs, that money would typically be set aside in safe fixed income investments which currently (you may have already noticed this) offer little return.  If you buy insurance, that money could be  redeployed into a more broadly-diversified investment portfolio, where the returns (no guarantee, of course) are expected to be higher, based on historical numbers.

And, depending on your preferences, there may be one more factor to consider.  LTC insurance is sometimes referred to as “nursing home avoidance” insurance, because unlike Medicaid, LTC policies will typically cover some or all of the costs for home care, allowing you to sleep in your own bed during your period of convalescence.  CLASS is also projected to pay for home care, but the first benefits won’t be given out until 2017 at the earliest.

Like all insurance, this is a premium you would pay and hope it never results in a claim.  Many will achieve that happy result.  But millions of others are someday going to wish they hadn’t rolled the dice on one of the costliest potential consequences of getting older.  More people should at least be talking about whether they want coverage–either for themselves, or for their parents, or both.