A Quick look at the new relief package 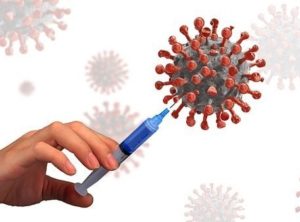 This is a quick look at the new economic relief package that Congress just passed. Of course, Trump’s surprise promise to veto the bill if the amount of the personal stimulus checks is not more than tripled leaves its eventual passage hanging in the balance.

What’s in the bill?

Who is eligible for the stimulus payments?

While dependent children under 17 will also receive $600 each, it doesn’t appear that adult dependents like college students or elders qualify for the payments.

If your family added dependents in 2020 or you earned too much in 2019 to qualify (but would qualify in 2020), you may not receive full payments immediately but can request additional money once you file your 2020 taxes. If you qualified based on your 2019 income but your 2020 income would have reduced your payment, you won’t have to pay it back; nor will it count as taxable income.

How do I claim a stimulus payment?

Like the CARES Act payments earlier this year, the stimulus payment should end up in your bank account or arrive in the mail. If you’ve moved or changed bank accounts since you filed your taxes, you can update your address with the IRS here. It appears that you can’t update direct deposit information due to fraud risks.

While the IRS hasn’t released a timeline for sending out payments, it’s possible electronic payments could start before the end of the year. When the last round of stimulus passed, the IRS began distributing payments two weeks later; however, plenty of eligible folks still haven’t received them many months later.

Congress included another round of relief for small business owners by extending the Paycheck Protection Program with another $284 billion in forgivable loans. Some of the funds will be set aside for very small businesses, and the PPP is now available to nonprofits and local media outlets. PPP loans will be available to businesses that have used the full amount of their first PPP loan, have fewer than 300 employees, and can demonstrate at least a 25% reduction in gross receipts in any quarter in 2020 when compared against certain past quarterly results. The legislation caps second loans at $2 million.

While there has been speculation about potentially letting small PPP loans receive automatic forgiveness, it appears that won’t happen. However, the Act mandates that SBA create a one-page Forgiveness Application for PPP borrowers of less than $150k.

An extra $20 billion has also been appropriated for Economic Injury Disaster Loans for businesses in low-income communities, and $15 billion more is earmarked for live venues, movie theaters, and cultural institutions that have been financially damaged by the pandemic.

The package also extends unemployment benefits of $300/week for another 11 weeks, beginning as early as December 27 and lasting at least until March 14, 2021. A benefits program specifically for contract and gig workers that was slated to expire at the end of the year is also extended through March.

Wherever there’s money, there are scammers after it. Please be on alert for “official-looking” emails asking you to open an attachment or click a link—they may contain malware. If you get a suspicious email, check the sender’s name and email address to make sure they’re not fake. When in doubt, delete the email. The IRS or Treasury department will not require you to follow emailed instructions to receive a stimulus check.

In the first week of vaccine distribution, 556,208 folks were vaccinated against COVID-19. That’s the power of human ingenuity and collective effort. I’m so grateful to be seeing some light at the end of this dark tunnel!