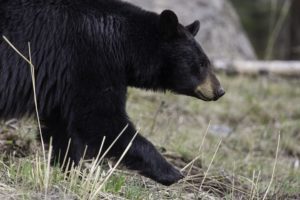 You’ve no doubt read that we are experiencing the second-longest bull market since World War II, which started in March of 2009 and has continued without a bear market (defined as a decline of 20%) since. But is that true?

Several recent articles have pointed out that we did, indeed, experience a “stealth” bear market during the period from May to October 2011. In that six-month downturn, the S&P 500 index fell 21.6%, breaching bear market territory. But there’s a catch: based on closing prices rather than intraday moves, the decline was 19.4%, barely missing the strictest bear market definition. However, in the same interval, the Russell 2000 index of large-cap stocks fell 30.7%.

And the markets actually experienced a similar market decline from mid-2015 to early 2016. During that time, the S&P 500 index fell 15%, but the median stock in the index was down 25%, the Russell 2000 fell 27%, and the Dow Jones Transportation Average fell 32%. At the same time, emerging-market stocks were down 40%, Chinese stocks fell 49% and Japanese stocks dropped 29%.

The point here is that the popular definition of a bear market (a 20% decline in one particular index) is kind of narrow, and misses a lot of the turbulence that might help us better define whether the markets are on an uninterrupted rise or merely recovering from the last downturn. The next time you read somebody writing about the length of this or that bull market, you might inquire as to their definitions and methodology. And if you think the current bull market is getting long in the tooth, well, maybe it isn’t actually as old as people are saying.