American Education vs. the World

We don’t yet have a clear report card on how well-educated America’s students have been this school year, with so much remote learning during the pandemic. But there is a wealth of statistics about how America’s educational system compares with other countries. The National Center for Education Statistics examines between 58 and 61 different educational systems around the world, measuring the academic proficiency of their students from a variety of angles. 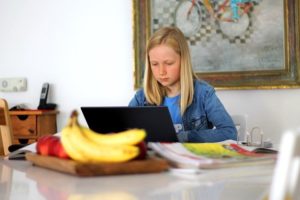 For instance? In the most recent survey, U.S. fourth grade students tested at an average reading literacy score of 549, which was higher than the average scores of 30 educational systems, tied with 15 others, and behind Russia, Singapore, Hong Kong, Ireland, Finland, Poland, Norway, China, the United Kingdom and Latvia. But in an assessment of students’ ability to comprehend online information, the U.S. students scored higher than students in all but three nations, finishing only behind Singapore, Norway and Ireland. Meanwhile, U.S. 15-year-old students achieved a 505 average reading score, behind eight other education systems.

What does this tell us about the overall educational status of American citizens? The U.S. is actually at or near the top in terms of the percentage of adults with a college education—an estimated 24% of Americans have bachelor’s degrees, another 12% hold Master’s degrees and 2% are awarded Ph.Ds. This is almost exactly the same as the United Kingdom and Israel, slightly behind Australia (27%, 8%, 1%), Ireland (35%, 15%, 2%) and New Zealand (29%, 5%, 1%). Just 3% of Americans are functioning with only a primary school education, and 42% stopped their education with a high school diploma.

How has education been impacted by the pandemic? A recent report tells you what you already know, that the lockdowns in response to COVID19 have interrupted conventional schooling around the world. Later, the report talks about the opportunity that the pandemic experience has provided to global educational systems to build on what they’ve learned about distance learning approaches, and the chances that classroom sizes will be permanently reduced going forward.

Virtually every country in the world is entering a new untested period of hybrid learning, and some countries where school attendance is optional (Canada, the Czech Republic, France and Spain) may find that many students prefer to stay at home and interact with their school through their computers or iPads.

It will be interesting to see if the U.S. leapfrogs other countries or drops in the rankings in the coming year, which will be a referendum on how well we’ve handled the challenges of remote learning and coped with the pandemic’s interference with in-person teaching interactions.