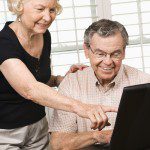 One of the more interesting debates in estate planning circles these days surrounds so-called credit shelter trusts. These are trusts set up as a way to preserve the full amount of estate tax exemption between a husband and wife.

For example, when the tax rules said that each person could pass $1 million on to heirs exempt from estate taxes, a family with, let’s say, $2 million in total assets had several choices. When the first spouse died, all the money could go to the second spouse. But then, when the second spouse died, $1 million–plus whatever appreciation those assets enjoyed between the first and second death–would be subject to estate taxes. The first spouse’s $1 million exemption would be lost.

Alternatively, you could preserve the $1 million exemption by leaving that amount to heirs when the first spouse died. But this might diminish the lifestyle of the surviving spouse.

The third possibility is for the estate planner to arrange that when the first spouse dies, $1 million of assets (the full exemption amount) would be transferred to a credit shelter trust. The living spouse would be specifically permitted to take income from the trust until his/her death, so the trust wouldn’t cause impoverishment. When the second spouse died, the trust assets–and any appreciation–would go to the heirs free of estate taxes, and the full exemption amount would be preserved.

So why is this strategy controversial today? For two reasons. First, the estate tax exemption is not $1 million, but $5.25 million per spouse, which means many people won’t have to worry about estate taxes when they die. And second, this exemption amount is portable. That means when the first spouse dies, she could leave her assets to her surviving husband, and he would also inherit her $5.25 million exemption. The full $10.5 million joint exemption would be preserved without having to set up a fancy trust vehicle or any other estate planning footwork.

Nevertheless, some people in the estate planning world think the credit shelter trust is still a good idea for many taxpayers. Why? Because the inherited $5.25 million exemption is not indexed for inflation. Suppose the husband dies, the wife inherits the exemption, and then she lives for another 30 or 40 years. The portable exemption, after inflation, would be worth far less than the nominal amount today. At the same time, the assets inherited by the surviving spouse will be growing in value.  The result: the surviving spouse might have to pay estate taxes down the road.

Suppose, for example, a family has a total of $5 million in total assets. The first spouse dies. If the surviving spouse inherits everything and lives for 30 years, the total estate could easily grow to more than $15 million, and the estate would have to pay the government some percentage of the total when the surviving spouse dies. If, on the other hand, $3 million were put into a credit shelter trust, the surviving spouse would still have $2.25 million in a portable estate tax exemption to carry forward, and all the growth of the $3 million would be exempt from estate taxes when she dies. She would have the income from the trust to pay some or all of her living expenses, and it is unlikely that the $2 million would grow beyond her $5.25 million exemption (which is indexed to inflation) plus the fixed $2.25 portable credit she will keep.

There are other advantages as well. In families where each spouse brings children to the marriage, the credit shelter trust would name the deceased spouse’s children as the beneficiaries, preventing a situation where the surviving spouse would inherit all the assets and then leave everything to his or her children. And the money in the credit shelter trust is protected from creditors.

There’s one other benefit. Suppose the husband dies, the full $5 million is transferred to the wife, and the wife remarries. If the new husband dies before the wife–which is not unlikely–then the wife would get the second husband’s credit and lose the first husband’s. If the second husband has already used some or all of his exemption, then the wife loses the portable exemption she inherited. A credit shelter trust takes away some or all of that risk.

Clearly, a credit shelter trust is not for everybody. And clearly, the relatively high estate tax threshold means that many people won’t have to worry much about these things. But for some people, in some situations, it makes sense to run some projections and not get too complacent about keeping Uncle Sam’s hand out of your heirs’ pockets. The death of the credit shelter trust may have been proclaimed prematurely.