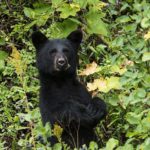 If you’ve been paying attention to the financial news lately, you’re probably seeing a lot of ominous predictions—and they’re usually backed up by some ominous headline. The most simplistic are saying that the bull market has now lasted ten years, so therefore it’s about to come to an end—as if bull markets come with a time limit. Others, equally simplistic, are saying that the market has reached a new high, and, well, don’t markets fall from their all-time highs? This ignores the fact that more than 70% of the time, a new high is followed by another new high—and ultimately, so far in history, every new high has eventually been surpassed by the next one.

The more credible predictions are based on the fact that the U.S. debt is exploding, or that the U.S. is experiencing an expanding credit bubble in the government, corporate sector and also—perhaps for the first time—the youngest workers with their crushing student loans. The Fed is committed to raising interest rates, which will make all that debt more meaningful somewhere down the road. And then we have the meltdown in Turkey, the potential consequences of reckless trade wars on the global economy, and the flat yield curve that is in danger of inverting.

The most important thing to know about all this is that there is no economic consensus that the U.S. or the world economy is about to plunge into recession in the next six to 12 months. None of these simplistic arguments or ominous headlines, separately or together, add up to an imminent market meltdown or fire sale of the same stocks that you’re holding in your portfolio. That, of course, doesn’t mean that a meltdown couldn’t happen tomorrow, but it could just as easily happen one, two or three years down the road. And it’s helpful to remember that various pundits have been predicting a major pullback constantly over the past nine years of bull market returns. Anybody who was spooked by these pundits would have missed out on significant gains.

This is more of the same noise, albeit with somewhat scarier headlines in the background.

Interestingly, the indicator that is taken most seriously in economic circles is the inverted yield curve. We aren’t there yet, but the bond markets are certainly moving toward one of those rare times when two-year Treasuries are yielding more than 10-year bonds. Every recession since 1977 has been preceded by a yield curve inversion.

But is this cause, effect or coincidence? A recent article by Laurence Siegel, Director of Research at the CPA Institute Research Foundation, acknowledges that inverted yield curves have been a pretty good predictor in the past. But he says that in the present marketplace, there is, as yet, no pressure coming from the things that a recession corrects: high inflation, high levels of debt, rich stock market valuations (though we may be moving in that direction), and tightness in the labor market.

A yield curve inversion affects the supply and demand for capital, which can have impacts on the economy which could cause a recession. It discourages banks from doing what they were made to do: borrowing short and lending long to viable businesses that are expanding. In the past, there may have been a more direct cause and effect than there is today. Today, banks can turn to hedge funds and a variety of other lenders who will allow them to borrow short at reasonable rates.

The bigger point is that recessions are inherently unpredictable. If we had a reliable way to predict them, we would already be in them, because companies, knowing the time and date of the recession, would pull back in anticipation of it, and simply bring it on more quickly. The same is true of major market pullbacks; if you, or I, or anyone else knew when it was going to happen, we would already be running for the exits, triggering the pullback prematurely.

Bottom line: we don’t know when or where the pain will come; we only know THAT it will come. And we know with some certainty the direction of the next 100% movement in the markets. That may be enough.

Money Beliefs and Luxury Lifestyle TV
106 Things We Do For Clients, No. 95