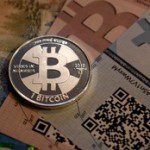 You may have been hearing lately about an alternative currency known as Bitcoins, and the stories tend to be bizarre. Like, for example, the person who traded in his computer for a newer model and later realized (too late, as it turned out) that the hard drive contained $7.5 million worth of Bitcoin currency in an encrypted “wallet.” Or the recent heist of Bitcoins with an estimated value of $100 million from an illegal online drug sales website whose ripped-off drug lord customers are the kind of people who are not averse to having people killed with far less provocation. This person is now driving around with a hard drive whose electrical impulses are worth more than seven and a half tons of marijuana or a million grams of cocaine. These estimates are based on recent prices from Silk Road, another prominent Bitcoin marketplace that was shut down by the FBI a few weeks ago because, thanks to the anonymity of Bitcoin currency, it had managed to do an estimated $1.2 billion in virtually untraceable sales of heroin, ecstasy, marijuana, cocaine, firearms, ammunition and computer hacking services to prominent members of the criminal underground.

For the uninitiated, Bitcoins are a relatively new digital currency. The actual coins are, of course, not coins at all; they are essentially records in a digital archive stored on servers throughout the web, in the form of digital signatures, timestamps, wallets and public keys, all created in open-source computer code in a way that is designed to foil hackers. Because Bitcoin transactions don’t involve banking or transaction fees, some economists think that they represent an early version of what all currencies will look like in the future.

Libertarians and drug dealers like Bitcoins because they allow you to buy and sell (with those few business who will accept them in payment) without the government being able to assess taxes or track your activities. People who are suspicious of central bank policies like them because Bitcoins are not tied to any traditional banking system. The total number of Bitcoins that will ever be in circulation is fixed at 21 million (estimated to happen in the year 2140), and no government can print more of them and debase the currency. Hackers are also fond of Bitcoins. If they can manage to steal Bitcoins out of your electronic wallet, there is no way to recover your losses or trace the thieves.

When they were introduced in 2009, Bitcoins were often given away as cheap curiosities, but the conversion price to dollars has risen above $1,000 this year. So are Bitcoins a good potential alternative investment?

The answer is almost certainly no, for a variety of reasons. First, there is the volatility. Earlier this month, Bitcoins suddenly lost more than half their value, dropping from $1,200 per “coin” to less than $600, on news that the Chinese central bank would not allow Chinese citizens to use them as legal tender. A graph of Bitcoin values on the website of Bitcoin dealer Mt. Gox looks like the roller coaster of death, with prices alternately soaring and plunging in ways that would give a hardened options trader a case of vertigo. Second, other than a garage full of marijuana, what can you buy with Bitcoins? There are lists of businesses that will accept Bitcoins, and they are not mainstream. Try holiday shopping with Bitcoins, online or elsewhere, and you’ll quickly discover that your options are limited—unless your holiday spirit involves porn, narcotics or gambling stakes.

But most importantly, economists believe that it is inevitable that Bitcoins will eventually wind up worthless.

Why? First of all, there is nothing backing the Bitcoins in your digital wallet. Unlike dollars, pesos, euros or yen, no government guarantees that Bitcoins will have value in the marketplace. For Bitcoins to become a stable reservoir of value, they would have to be accepted by the mainstream business community—which, in turn, would have to have confidence that the currency they receive will have value in the future.

The mainstream business community would eventually realize that Bitcoins have a built-in recipe for severe deflation, far beyond anything that people experienced in the Great Depression. Because the global supply of Bitcoins can never exceed 21 million, each Bitcoin would have to rise dramatically in value if it is ever to take the place any significant share of the $6 trillion of U.S. currency that lubricates the economy, never mind the total global currency. If the value of individual Bitcoins expanded to encompass a broader share of global trade, your Bitcoin that is worth $741 today would have to rise back up to $1,200, then $5,000 and eventually to $47 million, which would give the total Bitcoin market an aggregate $1 trillion in purchasing power.

That would be terrific for your paper wealth, but it represents massive deflation of the things you’ll be purchasing. That iPhone you purchased with one Bitcoin would soon be worth half a Bitcoin, then a quarter of a Bitcoin, and eventually less than a ten-thousandth of a Bitcoin—and just like consumers during the Great Depression, you (and millions of other Bitcoin holders) would have no incentive to actually do any transactions with your precious hoard.

Currencies are not supposed to be terrific investments, and Bitcoins are no exception. You want them circulating into the economy, rather than hiding in the mattress or an encrypted digital wallet. Those who invest thousands of dollars in Bitcoins will get two rewards: a lot of heartburn as Bitcoin values bounce around like a kangaroo on steroids, and then heartbreak when the music stops and their investments aren’t worth the pixels and bytes they’re printed on.

Your Chance to Buy a Flying Car
Inheritance No Retirement Plan