You may have read that the U.S. Federal Reserve Board, which has unlimited financial resources, is now buying ETFs. It’s possible that the Fed’s $4.75 trillion in assets is larger than your retirement portfolio, so it seems fair to ask: does it make sense for a government agency to be buying investments alongside retail investors? 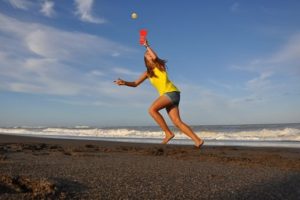 The simple explanation for what Fed executives are calling a “stimulus measure” is that they—probably like you—are afraid that the global pandemic is going to cause a wave of bankruptcies. If you’re holding an ETF that invests in corporate bonds, and you’re worried that some of those companies will close their doors, who would you sell to? Other investors who are also trying to sell out of their bond positions?

The easy way to think of this new government initiative is that the Fed has become the buyer of last resort in a corner of the investment markets that might be in danger of going into a free-fall. The Fed noted that a record $108 billion flowed out of bond mutual funds and ETFs in a single week in March, which raises the specter of people trying to liquidate at any price, cratering bond prices at a fragile time in the economy. These concerns may have been amplified recently, when a popular iShares bond fund closed the trading day about 5% lower than the stated value of its holdings, meaning that anybody who tried to sell would receive only 95% of what the underlying bonds were supposed to be worth. The central bank decided to step in and serve as a powerful market stabilizer—a buyer of last resort.

This might make you wonder what else our central bank is doing to stabilize the markets and the economy. The current list includes $600 billion in loans for “main street” corporations with less than $5 billion in annual revenue, plus another $500 billion to buy municipal bonds directly from states and cities that might otherwise be in financial difficulties. There is a program to buy bonds used to finance office towers, shopping malls and other commercial properties, and the Fed is now buying asset-backed bonds that allow auto companies to give low-rate credit to new car buyers. Another $750 billion is being provided to companies whose credit ratings have been downgraded to “junk” status (BB or lower by Standard & Poors standards), billions more have been made available to central banks in Asia, South America, Europe, Canada and New Zealand to stabilize international currency trading, and billions more worth of 90-day loans have been made to Wall Street dealers. All this, of course, is on top of a cut in benchmark rates loaned to banks, down to essentially zero.

How long will the Fed need to continue these extraordinary efforts to keep the economy alive? Unfortunately, nobody knows.