CEOs are paid to generate shareholder value and raise the value of the companies that they manage—right? So you might think that the CEOs whose companies have gained the most value would be paid the most, and vice versa. 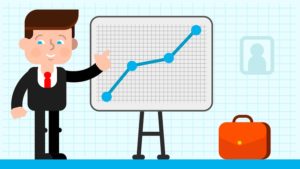 Of course, you would be wrong—but you might not realize just HOW wrong until you look at a series of charts published by the VisualCapitalist website. It compares CEO total compensation in 2018 with the shareholder return in that year—and finds some shocking disparities.

Consider, for example, Richard B. Handler, the CEO of Jefferies Financial group, which engages in investment banking and offers a variety of investment products. Handler was paid the handsome sum of $44.7 million in 2018, which was his reward for guiding Jefferies to a shareholder loss of 14.9% that year.

Less shocking but still somewhat startling is the $66.1 million paid to Stephen Angel, CEO of Linde PLC, which produces industrial gases for manufacturers. Angel guided Linde to a less-than-stellar 3.1% increase in value in 2018.

The highest paid CEO in the survey, David Zaslav of the Discovery Channel, took home $129.4 million in 2018, meanwhile leading Discovery to a mediocre (but still double-digit) 10.5% gain in value. That compares favorably with Martin Flanagan of financial services company Invesco, whose pay totaled $12.9 million during a year when his company’s shareholder value dropped 52%. Thomas Jorden of Cimarex Energy, an exploration and production company in the U.S. southwest, received $9.7 million while Cimarex stock lost 49.1%.

Looking at the other end of the spectrum, Jack Dorsey of Twitter took $1 of executive compensation in 2018, while his company gained 19.7% in value. Twitter shareholders were clearly getting a bargain. Jayson Adair, of Copart, Inc., which auctions automobiles and other vehicles, took home $203,000 while his company was enjoying 82.2% value growth. The conclusion is that some CEOs were worth a bit more than they were paid, and the opposite could be said about some others.

If Money Can Fix It
Is Your Advisor Happy? Should You Care?