Periodically, we hear complaints about the concentration of wealth in America or the growing gap between rich and poor. Is corporate America contributing to the problem?

Recently, the analysts at business.org took up the challenge and looked into the pay levels of the CEOs of various high-profile companies vs. the pay accorded to entry-level employees. 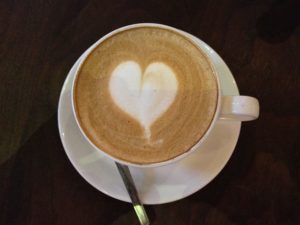 They started with SEC proxy statements and disclosures to find out the total compensation of various CEOs. Then they looked at crowdsourced data on employee salaries from payscale.com. To put the figures into perspective, they not only posted the difference in salaries, but also how many hours an employee would have had to work in order to make as much as the CEO.

If you want to be astonished, look at the chart, which suggests that corporations are, indeed, major contributors to the growing divide between the one tenth of one percenters and everyone else.

For instance a Disney princess at one of the Disney resorts would have to work 2,338 hours (more than a year) to earn what Disney CEO Bob Iger makes in a single hour. Douglas McMillon, CEO of Walmart, makes the equivalent of 1,101 hours of a Walmart cashier’s time in just one hour. A Starbucks barista would have to work 659 hours to make what CEO Kevin Johnson makes every hour. Apple Geniuses would have to work the equivalent of nine work weeks (355 hours) to make what Tim Cook makes in an hour on the job. Reed Hastings, CEO of Netflix, earns more in one hour of work than a company customer service rep makes in 1,000 hours at the office.

The next question: is this fair? Should shareholders complain about CEO salaries—which, after all, take money out of their pockets. But the bigger question is: what recourse do shareholders have?