With all the hype around cryptocurrencies, you might have missed another proposal for a new artificial currency, from that most trustworthy of all sources: Facebook. The company that secretly sold the personal data of hundreds of millions of people and then repeatedly lied about it now wants you to buy and sell things using a currency it will create out of thin air, called Libra. 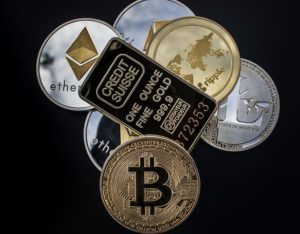 The effort is not going well, despite a glowing white paper that promises to democratize global finance. The currency would be backed by a fixed basket of financial assets—exactly like an ETF. You would carry Libra currency in a virtual wallet called Calibra on your mobile device.

In this age of hyper-partisanship, Congressional leaders on both sides of the aisle seem to be skeptical of Facebook’s intentions. In hearings before the Senate Banking Committee and House Financial Services committee, David Marcus, Facebook’s head of digital currency, somehow managed to deny that Libra would operate as an exchange traded fund despite the white paper’s description that the pseudo-currency would do exactly that. He denied that Libra or affiliated entities intend to engage in activities that would require them to obtain bank licenses, contracting public claims by Calibra executives that they want to offer credit services like SeChat, Alipay and M-Pesa.

Libra wouldn’t replace the dollar or the euro or the yen; it would sit above those currencies. Under the proposal, you would buy and sell in Facebook’s currency, and, on demand, convert Libra to your own currency. The question is: at what exchange rate? The suspicion is that Facebook is not going to the trouble to create its own currency as a nonprofit enterprise. Moreover, there seems to be a deliberate effort to avoid the oversight of any particular government. Libra’s governing organization is a corporation in Switzerland, with no democratically-elected stakeholders or customer representation.

If you trust Facebook, and believe that large tech companies should have a direct hand in global commerce, then all of this might seem like a swell idea. If you’re skeptical of Facebook, and have steered clear of other blockchain cryptocurrencies, then think of Libra as a poor and highly-opportunistic substitute for government-sponsored currency.