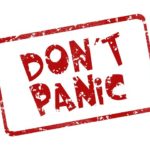 These problems are not new, of course. People are living far longer than anticipated when Social Security was created in 1935; in fact, the average life expectancy for a person who managed to reach age 30 at that time was age 68 for men and 70 for women. Today it’s 79 for men and 82 for women. Meanwhile, Medicare has been hit with higher-than-inflation medical expenses—along with, of course, those longer lifespans.

Alarmists point out that the Social Security and Medicare Trust Fund reserves are “invested” in government securities, which is essentially the government writing itself an IOU—currently to the tune of $2.8 trillion, which is the total “asset reserves” in our largest social programs. Individuals are advised not to run their own finances this way, accumulating deficits but meticulously keeping slips of paper around which represent a promise to pay back every single nickel and dime eventually. But in fact, today nearly all of the funds paid out to Social Security recipients, and on behalf of Medicare enrollees, are simply transfers of money paid into the program by workers. The money comes in in the form of FICA payments and taxes on Social Security benefits, and goes back out the door to beneficiaries.

So where’s this alleged deficit? That can be found on page 9 of the report, in a section labeled “Assumptions About the Future.” There, the report makes economic projections about the next 75 years, including the future fertility rate (children per woman), mortality, the annual percentage change in worker productivity, average annual wage increases, inflation, unemployment, and the interest rate earned by those IOUs the government is writing to itself. Page 18 shows a graph that illustrates the projected outcomes of three different sets of assumptions for all these (basically unknowable) variables. One can see that two of them are, shall we say, not optimal. The third projects not just solvency, but actual prosperity for the combined trust funds going forward well past the year 2090. 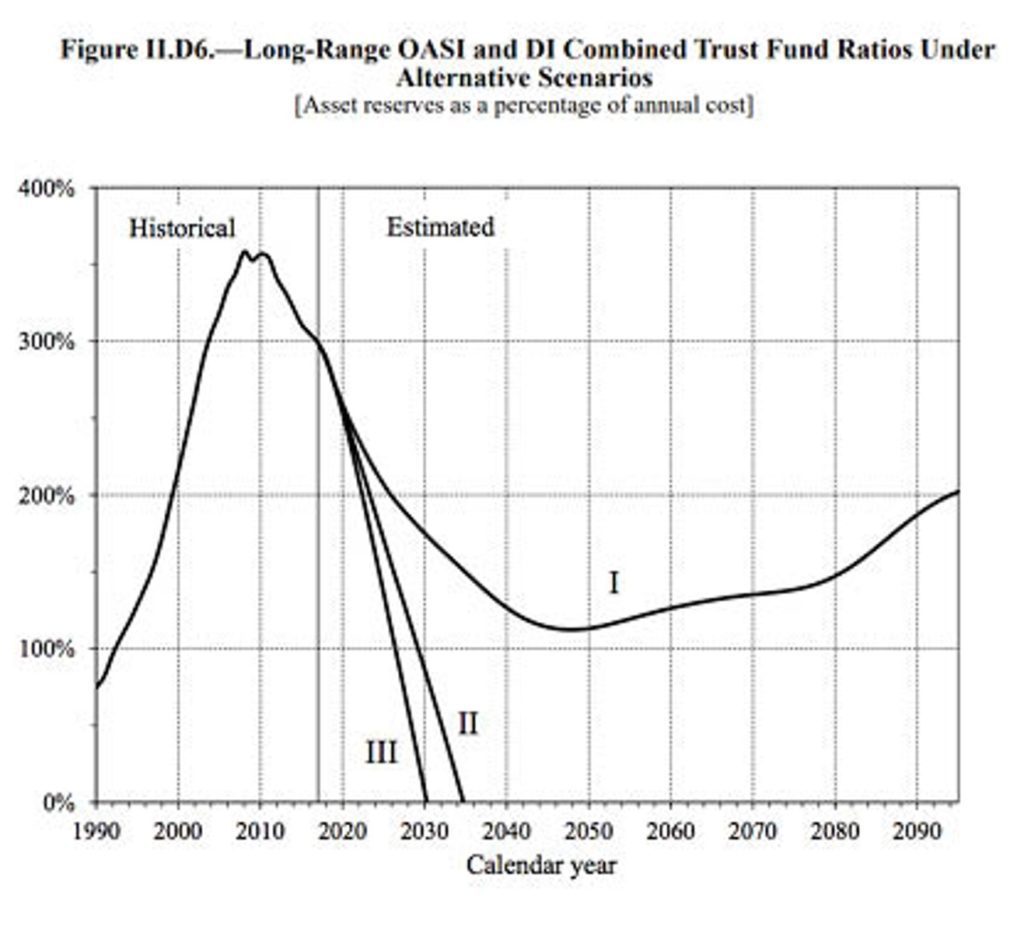 Even if the worst case comes to pass, and the programs go “bust,” they won’t actually stop paying benefits. There will still be workers who pay FICA taxes, and even if there is no trust fund, these collected payroll taxes can be transferred, as they are now, to Social Security and Medicare recipients. The Social Security trustees report, on page 58, how much of the projected payments would be covered by workers going out to 2090 under the three future scenarios. The worst case scenario says that there will be roughly an 18% shortfall in 2040, rising to roughly 22% by 2090. Basically, that means that Social Security recipients, worst case scenario, would have to get by on 82% of the benefits they were expecting in 2040, and 78% if they manage to live all the way out to 2090.

And, of course, that’s if nothing is done to shore up the program between now and then. One of the simplest options on the table is to raise the age for receiving full retirement benefits as the average lifespan goes up, basically “indexing” retirement benefits to changes in longevity. Congress could marginally raise FICA taxes or impose more taxes on Social Security income.

The best advice here is not to panic about the fate of our country’s social programs. There is no question we need to address their solvency, and with gridlock in Washington, that seems like a bit of a long shot. But even if Congress can’t agree on tweaks and fixes, the world won’t come to an end. Social Security and Medicare recipients will have to tighten their belts a bit—and maybe start voting for candidates who offer real solutions to the budget issues in Washington.

Financial Advice Suitability Standard Does Not Mean What You Think
106 Things We Do For Clients, No. 82