You might read articles in the consumer press about the wonders of dollar-cost averaging. The basic idea is that instead of putting a lump sum of cash to work in the investment markets all at once, you spread out your investing over a period of weeks or months. That way, if the market goes down while you’re investing, your next scheduled investment will be buying stocks at a bargain. 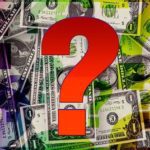 Unfortunately, the research suggests that dollar-cost averaging is normally a losing strategy, that investing a lump sum (if you have one) tends to produce better investment results.

If you’re investing when the start date falls right before a dramatic crash or the start of an overall 12 month slump, then investing in stages will turn out to be a winner. But how often does that happen?

One study, by the Vanguard fund group, found that over rolling 10-year periods for the U.S. market between 1926 and 2011, the UK market from 1976 to 2011, and the Australian market from 1984-2011, lump sum investing generated a higher total return than dollar-cost averaging 67 percent of the time. And that makes sense, because the markets are delivering positive returns far more often than they are mired in a bear market. Another study from the Seeking Alpha organization found that over the last 27 years, a 12-month investment in the S&P 500 provided an average return of 8.77%, while using dollar-cost averaging over the same period would have returned only 4.77%. When substituting bonds for cash as the investment of the money not deployed in the market, the dollar-cost averaging strategy came closer to the lump sum average returns, but still posted a lower average return.

If you’re curious about the difference between lump sum investing vs. dollar-cost averaging, there’s a calculator that will allow you to do your own research. It lets you choose the month and year when you would have invested your lump sum, and compares that with investing equal amounts at the start of every month for that year, during which the remaining cash will be invested in a bank account at a guaranteed interest rate. You see the investment value after 12 months for the lump sum method vs. using dollar-cost averaging.