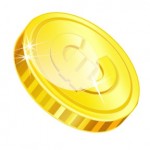 Yet again, the markets are spooked by the European debt crisis. By now, you may be feeling like you’ve heard more about the Greek economy than you ever wanted to know. Last month, the Eurozone members agreed to write down half of the Greek debt owned by the private sector, and to recapitalize Europe’s banks.

Problem solved, right? Unfortunately, the ink was hardly dry when a new debt problem emerged in Italy. Beginning on November 9, panic selling in the bond markets drove ten-year yields on Italian bonds over 7% before the European Central bank intervened. Yields have since risen again, and many European banks are said to be dumping their Italian bond holdings altogether.

So that means that Italy is just another–albeit much larger–Greece, right? Not exactly. As The Economist reports in its November 12 issue, Greece’s public debt was estimated to be 190% of its GDP. Italy’s is set to stabilize at around 120% next year, at which time the country will run a small surplus on its budget (excluding interest costs). Italy’s overall deficit of less than 4% of GDP is actually below the Euro-area average. The total debt owed by Italian companies, citizens and government to outsiders–24% of GDP–is well below the borrowings of Greece (96%), Portugal (107%), or Spain (90%). The consensus is that Italy’s overall borrowing costs were affordable at the yields the market was demanding earlier this year.

Italy’s bond market is the world’s third-largest, which means that if the country defaulted, the aftermath would wreck the fragile bailout of the Euro.  The Economist magazine reports that some European companies are asking their lawyers about the validity of contracts where there is an obligation to pay in Euros. What (they are asking) is the contract worth if there is no Euro?

The danger is not an immediate default, but the consequences of the fear of a default. As the Washington Post points out, higher bond rates means higher borrowing costs, which would require Italy to impose tax increases and spending cuts. Those, plus higher borrowing costs throughout the economy, could derail economic growth, which would result in lower tax revenues and lead to further concerns among bond investors. That could, in turn, cause borrowing costs to move higher in a spiral whose primary driver is fear rather than economic reality.

President Franklin Roosevelt told an American radio audience, in the depths of the Great Depression, that “the only thing we have to fear is fear itself.” That seems to be an ongoing theme in today’s investment markets, where reality is not as powerful as the darkest corners of the investing public’s collective imagination.