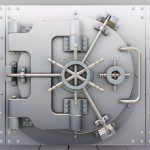 Chances are you missed the announcement, buried on page C7 of the January 24, 2012 issue of the Wall Street Journal, but it caused a stir in the financial planning world.  The Securities and Exchange Commission has put off implementing a key part of the Dodd-Frank Act: creating a fiduciary standard for all who give investment advice, whether they be brokers or SEC-registered registered investment advisors.

Anybody who saw Fabrice “Fabulous Fab” Tourre boast about his prowess selling complex toxic securities to his unsuspecting customers, or watched Goldman Sachs CEO Lloyd Blankfein testifying uncomfortably to Congress that his firm had no duty whatsoever to protect the interests of his customers in these transactions, quickly realized that Wall Street is not totally about creating vast wealth for the people who receive brokerage advice.  This was further underscored when Smith Barney traders chortled in their internal e-mails that betting against some of the toxic mortgage pools they had sold their customers was “the best short ever.”

Dodd-Frank was supposed to change all that, by asking the SEC to require that brokers who made investment recommendations be held to a fiduciary standard “at least as stringent” as the standard that investment advisors are held to.  Under heavy lobbying pressure from Wall Street, the SEC has dragged its feet on this issue so effectively you might think it was wearing shoes made of cement.  And for most investors, this stalled effort at reform has sailed totally under the radar.

What does it mean to act as a fiduciary?  The fiduciary concept is actually pretty simple, and can be found in the very first written legal code, the Code of Hammurabi (roughly 1770 BC) and in Cicero’s orations during the Roman Republic around 50 BC.  In the ancient world, a trader would take his caravan (or sailing ship) to some distant land to trade Mesopotamian clay pots or bronze artifacts for furs, tin or copper.  Since the trader would be gone for months or sometimes years, somebody had to make basic business and financial decisions on that person’s behalf while he was on the road.  And it was important that this person make decisions that were in the trader’s interest, not his own.  When somebody came to offer the merchant a great business opportunity, he wouldn’t want somebody who would jump in and buy it for his own profit instead, or buy it and then sell it back to the merchant’s account at a fat markup.

As Cicero put it:   “…in cases where we ourselves cannot be present, the vicarious faith of friends is substituted; and he who impairs that confidence, attacks the common bulwark of all men, and as far as another depends on him, disturbs the bonds of society.”     (Oration for Sextus Roscius of America; Cicero 106 – 43 BC)

So the basic idea of a fiduciary is a simple standard of behavior.  You are watching out for and protecting the interests of someone who has given you their trust.  You are making decisions and recommendations that will benefit that other person.  You would, under this simple standard, have to avoid triumphantly selling at a markup the same securities that your colleagues are confidently betting will blow up and leave your customers with frightening losses–while generating outsized gains that will flow into the Wall Street bonus pool.

With this in mind, it becomes a lot easier to see why Wall Street has lobbied so hard to stall being held to this standard.

You might start to hear the next round of arguments about this part of Dodd-Frank either prior to or after the general election.  The Wall Street lobbyists and trade organization have argued that instead of being prohibited from acting on conflicts of interest and engaging in self-dealing, brokers should be allowed to “disclose” them to their customers.  The lobbyists on the side of consumers and fiduciary advisors think it’s possible that the SEC will bow to Wall Street’s heavyhanded lobbying tactics, and create a new, watered-down version of the ancient fiduciary concept.  By this time next year, it is possible that representatives of Merrill Lynch, Smith Barney or UBS will be able to behave like Fabulous Fab and still hold themselves out as fiduciaries, so long as their brokerage agreement says somewhere on page 14 that they might be working harder to generate profits for their brokerage employer than looking out for the interests of the person who receives their advice.  Cicero and the Mesopotamian trader would have seen through this ruse in a heartbeat.  Today’s regulators are a lot easier to fool, and not always totally focused on protecting consumers.  (Just ask Bernie Madoff.)

SEC-registered Registered Investment Advisors have been living under a fiduciary standard–the one referenced in Dodd-Frank–since 1940.  It’s true; you don’t see RIA firms routinely handing out seven-figure bonuses to their brokers and sales agents.  But many advisors who live under this business model make a good, honest living–and, most importantly, they don’t have to squirm uncomfortably when somebody asks them to explain their recommendations.

One Response to Fiduciary Delays