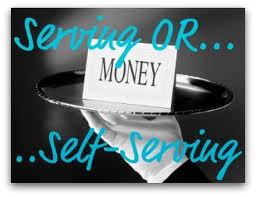 If you’re among those who believe that nothing can get done within the partisan bickering on Capitol Hill, you should know that both parties came together with remarkable speed recently to pass bipartisan legislation.  There was virtually no bickering, posturing or visible hostility as a new modification of the STOCK Act (Stop Trading on Congressional Knowledge) sailed through both houses of Congress.

The original STOCK Act, which became law just a year ago, was designed to discourage top government officials and members of Congress from enriching themselves by buying and selling stocks based on non-public information that they–but not the rest of us–had access to.  The law required that Congressional staffers and 28,000 employees of the executive branch of government disclose their portfolios and trades.  These financial disclosures were to be posted in an online database open to the public, so researchers could look over the shoulders of our elected officials and their key staffers, and notice any suspicious trades that resulted in mysterious financial windfalls.

The new law eliminated the disclosure laws for Congressional staffers and government employees, leaving them in place only for members of Congress, Congressional candidates and the President and Vice President.  Insider trading instantly became much easier in Washington–which appears to be about the only thing Congressional Democrats and Republicans can agree on these days.

Frontline for Fiduciary
Insurance Industry Should Protect Itself From BYOB Schemers