No doubt you’ve seen so many polls telling you how many people support which political candidate that you’re feeling a bit numb. But what do the citizens of other countries think about our country’s Presidential candidates, our current President and other leaders around the world? 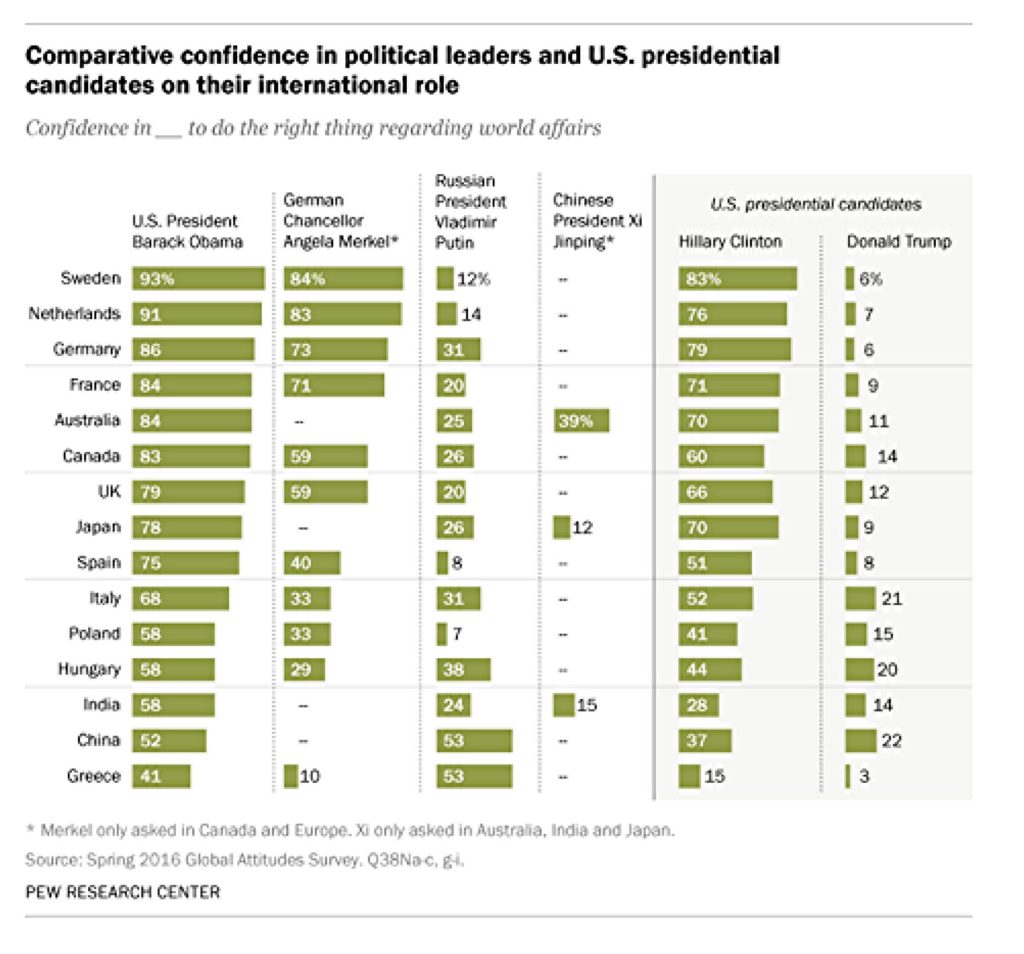 Of the six, the most popular is Obama. Over 50% of citizens in most countries polled are confident in his ability to handle world affairs, and that figure is above 80% in Canada, Australia, France, Germany, the Netherlands and Sweden. In terms of global popularity, he is followed closely by Democratic Presidential candidate Hillary Clinton. More than 50% in 10 of the 15 countries polled are confident in her ability to handle foreign policy, which suggests that she would clearly win the upcoming U.S. Presidential election if the rules were amended to allow European and Asia/Pacific citizens to vote.

The most surprising part of the chart is the degree of Republican candidate Donald Trump’s unpopularity abroad. In most countries, Trump’s approval rating lower than the low scores that Putin was able to gather, and Putin’s global affairs confidence numbers were, not surprisingly, extremely low to start with.

What do the globally unpopular leaders and candidate have in common? They all have either pledged or acted to aggressively put the interests of their own countries first when conducting their nation’s foreign policy—which seems not to be a great selling point to the citizens of other countries.

Regs to the Rescue?
More Americans Joining Ranks of Wealthy