You already know that the U.S. stock markets are constantly testing all-time highs, and part of the euphoria is the idea that we may soon get our lives back. But is there any solid economic data to back it up? 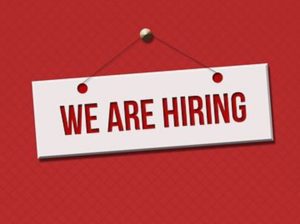 Recent Commerce Department data offers better news than anybody was expecting about the U.S. economy. Among the statistics: retail sales jumped 9.8% in March, prodded in part by the stimulus checks. Also, first-time filings for unemployment insurance dropped to the lowest level since March of last year: 576,000, well below the 710,000 that has been predicted by economists.

How about our manufacturing sector? The Empire State Manufacturing survey for April came in at the highest number since October 2017, and the Philly Fed survey followed up with the largest number ever reported. Industrial production was up 1.4% in March and capacity utilization rates reached 74.4%—not ideal, but it’s up from 73.4% in February.

The stock market is also boosted when bond yields are low—in other words, when bond returns are not competitive with what people might earn on stock investments. In the past month, the yield on Treasury bonds of 10-year maturity fell slightly, to a very low 1.551%, and 30-year Treasury yields fell further, down to 2.232%. Not much competition there.

There is no question that our recent economic growth is being boosted by an influx of government spending and checks sent from the Treasury back to American taxpayers. Some economists are predicting robust growth for the remainder of the year, particularly if the new infrastructure bill passes Congress. But next year could see a return to slower growth, as taxes on individuals and businesses rise and the sugar high of government stimulus has ended. The current market boom is nice while it lasts, but nobody should expect it to last forever.