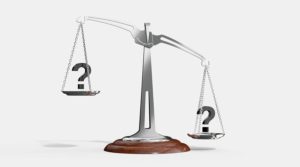 You might be scratching your head as you read the statistics that periodically get reported in the national news. In the 2010s, the national unemployment rate dropped from a high of 9.9% in the aftermath of the Great Recession to just 3.5% today. The economy has expanded for a full decade, year after year. Wages rose for high-income workers for the full ten years and picked up for the lower-income workers in the second half of the decade.

At the same time, we hear that two in five American adults would struggle to come up with $400 in an emergency, and one in five adults are unable to pay the current month’s bills in full. A surprise furnace-repair bill, parking ticket, court fee or medical expense is ruinous for many American families, despite all the wealth this country has generated over the past decade.

A recent article in The Atlantic dissected the problem and found that, despite the growth of the economy, many basic expenses have grown much faster than wages. It noted that, according to the National Association of Realtors, home prices are rising faster than wages in roughly 80% of America’s metropolitan regions, and housing affordability declined in 159 of the 160 urban areas analyzed by the NAR. Looking at rural areas, the Pew Charitable Trusts found sizable increases in the number of households that spend half or more of their income on housing.

As a result, the U.S. homeownership rate has fallen from a peak of nearly 70% to under 65% today, as more millennials keep renting and delaying their wealth accumulation. Meanwhile, the cost of renting has risen faster than renters’ incomes for a full 20 years.

Healthcare costs are also squeezing American families. Americans now pay roughly twice as much for insurance and medical services as do citizens of other wealthy countries. Family private-insurance premiums rose 28% from 2010 to 2016, while median household incomes rose less than 20%. At the same time, deductibles rose from less than $2,000, on average, to more than $3,000 today. Two out of every three American bankruptcies are now related to medical issues.

A third rising expense is student-loan debt, which has gone up 6% year after year during this decade—a total of 116 percent. Monthly payments typically run to $200 to $300—and often much more. Nearly 50 million adults are working off their educational debt loads, including one in three adults in their 20s.

Finally, consider child care—spending on daycare, nannies and other direct care for services for kids. These costs have increased by 2,000 percent in the past four decades, causing more people to drop out of the labor force. Putting a child in daycare now costs 18% of annual income, on average, in California. Home-based care equals 14% of family income in Nebraska.

The combined effect of these big-ticket costs is to undermine the prosperity that is reported in the aggregate economy. When costs are rising faster than employment and wages, people are pinched, we experience rising income inequality, and the welfare of the average person goes down rather than up. This is the reality of today’s economic boom, and it could become a major issue for American politicians before long.