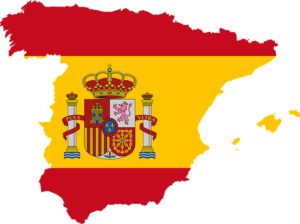 According to the new Bloomberg Healthiest Country Index, which now ranks 169 countries according to factors that contribute to overall health, the citizens of Spain have moved up to become the healthiest in the world. Countries are graded on life expectancy, tobacco use, obesity, and access to clean water and sanitation.

Spain ranked the highest in life expectancy at birth (almost 86 years), followed by Japan, Singapore and Switzerland. Spain’s primary care is provided by public providers, including specialized family doctors and staff nurses, who provide preventive services to children, women and elderly patients. Spanish people tend to eat the “Mediterranean diet,” supplemented with extra-virgin olive oil and nuts, and people who stick close to that diet tend to experience a lower rate of major cardiovascular events.

In the Western hemisphere, Canada finished the highest, in 16th place overall. Cuba ranked 30th, ahead of the U.S. (35) and Mexico (53). Sub-Saharan economies accounted for 27 of the 30 unhealthiest nations in the ranking. Mauritius was the healthiest in that region, ranking 74th globally, largely due to the lowest death rate by communicable diseases in a region constantly battered by infectious mortality.