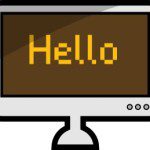 Researchers at Oxford University have recently released a report (“The Future of Employment: How Susceptible Are Jobs to Computerisation”) which ranked 702 occupations based on their vulnerability to being replaced by increasingly powerful, increasingly inexpensive computer technology. They posited that computers can be more productive than human labor whenever the job’s tasks can be specified with precision—such as driving an automobile, performing routine manufacturing work, or translating text from one language to another. The report says that law firms now rely on computers to scan thousands of legal briefs and precedents to assist in pre-trial research—a job once reserved for paralegals and young attorneys aspiring to partnership. Large databases of computer code make it possible for algorithms to learn to write programs and detect bugs in the software.

At the other end of the spectrum, people who should probably be looking for another career include 702) telemarketers; 701) title examiners; 700) people who sew clothing by hand; 699) mathematical technicians; 698) insurance underwriters; 697) watch repairers; 696) cargo and freight agents; and 695) tax preparers. Data-entry keyers, loan officers, bank tellers, credit analysts, legal secretaries and, interestingly, models (replaced by attractive robots?) all fall deeply on the endangered end of the spectrum.

Overall, on the threatened scale, financial advisors fall right about in the middle, between millwrights and first-line supervisors of landscape, lawn service and groundskeeping workers.