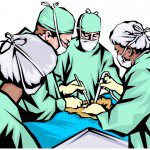 If you want to fix the problem of rising costs in the U.S. healthcare system, or at least reduce the looming Medicare/Medicaid entitlement burden, there’s a surprisingly easy solution. In Washington policy circles, it has been estimated that more than 80% of all the dollars spent on healthcare in the U.S. are incurred in the last nine days of a person’s life. Many times, the money is spent keeping a person alive in a vegetative state, prolonging an incurable illness or painful condition where there is little to no chance of recovery. The money is not just wasted; it may actually be used to prolong suffering when recovery is not an option.

It doesn’t have to be this way. In an ongoing blog on the Forbes website, emergency room physician and financial planner Carolyn McClanahan tells us that doctors are among the best at avoiding this dismal fate at the end of their lives, by taking a few simple precautions.

Dying like a doctor, she says, starts with understanding that we all get sick and die. Most people know this, but don’t realize it deep down. This is why individuals who experience near-death experiences—making death a more prominent part of their awareness—often choose to live more vital and productive lives thereafter, determined to make every second count. As McClanahan says: “when we live with no regrets, death isn’t scary.”

Doctors also see first-hand the situations where unconscious patients go through a battery of procedures that keeps them alive until Friday when they otherwise would have died the previous Tuesday. McClanahan recommends getting a closer look at the transition from life to death by volunteering at your local hospice.

Finally, doctors understand the power of documentation. They make sure they have living wills that describe how they want to be treated when faced with a serious accident or illness. They’ll have advance directives which provide written instructions regarding their medical care preferences.

In an earlier blog post, McClanahan says it is best to focus on outcome rather than actions. Her favorite example is the routine question: “Do you want CPR?” She says CPR seldom works at the end of life, will crush the bones in your chest, and will become just another charge on the “superbill” the hospital sends the insurance company after your death. She suggests, instead, turning the question around to make it, “What type of lifestyle is acceptable to you?” Then you might answer, “As long as I can use my brain, even if I can’t move, I want to be kept going.” That means you would be okay being a quadriplegic, but you don’t want to be kept alive in a persistent vegetative state.

Both of these documents will be entrusted to members of the family or placed in a safe place that is accessible to your loved ones. They’ll go alongside a medical power of attorney, which empowers a friend or relative to make financial decisions when you are unable to. Doctors also know to designate a health care agent who understands their wishes and will act accordingly when the hospital medical team presses for permission to keep them alive when there is little chance of recovery.

McClanahan tells the story of her own father, who was diagnosed with lung cancer. The doctors recommended chemotherapy and radiation. When he decided to forego this painful treatment, the doctors were indignant and predicted he would be dead within six months. He lived three more years, and the hospice was a blessing at the end. He was one of the few non-physician Americans who had the knowledge and the documentation to die with dignity.

Here’s a painful, and sometimes funny, look at how key legislative decisions are made in Washington, D.C., which you are encouraged to share with your friends: