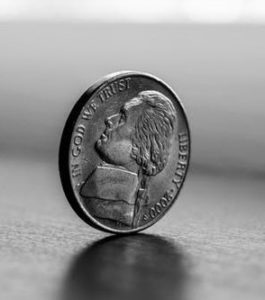 There’s an ancient question in the investment markets, which is affecting the marketplace in a variety of ways: is an active manager’s investment performance the result of luck or skill?

The layperson’s answer would be obvious: anybody who has expertise and works hard at something should, eventually, produce results superior to what is achieved randomly. An example is the many tennis players who enter a tournament. Chances are, you know that one of a particular five players will win the tournament, because they’ve been proven winners in the past. They have superior skill levels. And if an average person were to devote his/her life to mastering the skills of tennis, that person would tend to beat people who aren’t working as hard at it.

Many investment professionals reject this logic when it comes to the investment markets. Yes, it would seem that people who put a lot of time and energy into investigating the fundamentals of stocks and bonds should outperform those who indiscriminately buy stocks or bonds that happen to be part of an index. But research has shown that, if you account for their fees and other costs, and calibrate their investments to comparable indices, actively-managed mutual funds have stubbornly tended to underperform those indices over 10-year time horizons. Indiscriminate buying coupled with lower costs has, on average, beaten the skills of thousands of diligent, sometimes brilliant professional fund managers.

Of course, some managers have outperformed the market. But here we bring in the element of luck. Is it possible that those outperforming managers have roughly the same skill as their peers, but they became lucky?

The luck argument is bolstered by examining the consequences of a simple coin flip experiment. Imagine that everybody on earth, all 7.5 billion of us, were to try to flip “heads” with every toss, and we would be eliminated from the competition whenever the coin comes up “tails.”

The odds, of course, are 50/50 with each toss. That means roughly 3.25 billion people would be eliminated on the first flip. Another 1.625 billion would move to the sidelines on the second flip. 800 million would survive the third flip, 400 million (roughly) would still be alive on the fourth flip. Then, with flips five, six, seven, eight, nine and ten, we would be left with 200 million, 100 million, 50 million, 25 million, 12.5 million and roughly 6 million.

Ten more flips takes us down to 12,000 remaining participants, and ten more brings the number of contestants to 12. The next flip might produce anywhere from 4-8 heads, but eventually you would be down to one person who has somehow managed to flip a coin and had it land on “heads” somewhere between 23 and 25 times in a row. Given all the media attention given to this exciting world-wide contest, you could expect the media to breathlessly interview this person and ask him or her for the secret skill that allowed him or her to achieve this remarkable feat. What’s the secret to having a coin come up “heads” 25 times in a row?

Obviously, this “outperforming” coin flipper was simply lucky. You can explain this person’s remarkable run of luck simply by the law of averages. You would expect at least a few mutual fund managers to enjoy similar good fortune when selecting stocks that will outperform their peers.

This debate hasn’t been settled yet, of course, and there are hints that it never will be. But there’s one more consideration here. A fund manager named Michael Maboussin has proposed that one way to test whether a contest produces winners by luck or skill is to ask whether it is possible to deliberately lose—that is, to lose on purpose. Obviously, an excellent tennis player can lose any match he or she chooses. But a person playing roulette or the lottery can’t lose to another contestant simply by randomly selecting numbers. (Losing to the house is practically guaranteed, but that’s another issue.)

Can a mutual fund manager deliberately underperform his or her peers? Nobody knows because nobody has tried (for obvious reasons). But one suspects that consistently selecting bad investments might be at least as hard as selecting good ones, and at least some bad performance in the active mutual fund world may have a lot to do with luck as well.

Seen Yearly, Retirement Medical Costs Not So Scary
Is a New Social Security Fix at Hand?