Does it seem to you that America is experiencing more than its share of natural disasters, and that there are more extreme weather events happening today than ever before? Turns out you’re right. Since 1970, the number of major storms, floods, earthquakes and heatwaves that cause at least ten deaths or prompt the declaration of a national emergency has quadrupled worldwide, to around 400 a year. China, India and America suffer the greatest number of natural disasters—not always in that order. 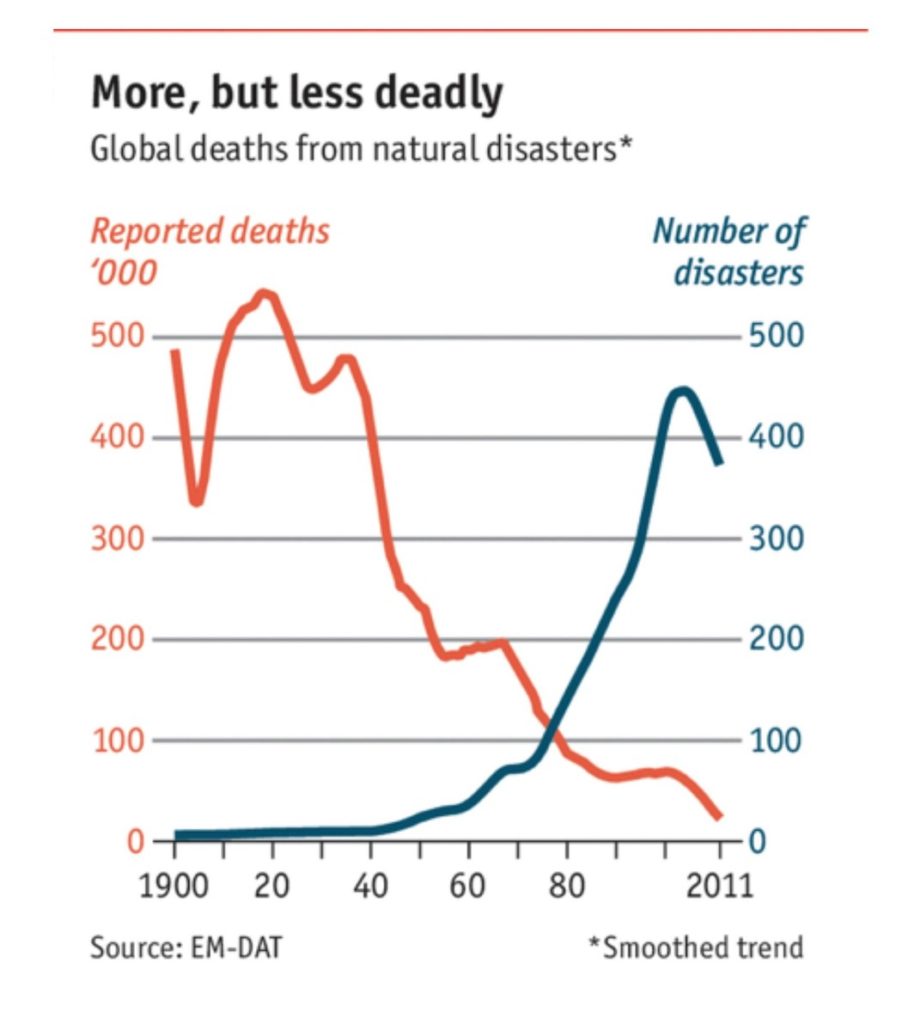 The accompanying chart only goes up to the unusually mild year of 2011, and therefore misses the increases over the last few years, but you can see the trend, and it’s an ominous one. But if you look away from the blue line, listing the number of disasters, to the orange one, listing the number of deaths, the situation becomes more hopeful. Due to better preparedness, better home and building construction and more prompt relief efforts, disasters that would have caused many deaths in the early 1900s cause proportionately fewer today.

An article in The Economist warns against complacency, however. Urban planners, it says, have to operate on the assumption of even more extreme events. Today, it appears, the storms and other disasters are delivering a high social cost even before they strike.

106 Things We Do For Clients, No. 51
Tax Planning for Retirement Plan Required Minimum Distributions