Let’s suppose somebody came to you with a proposal. You would lend this person $100 for a couple of months. Because this person was doing you the favor of keeping your $100 safe for a period of time, he proposes to only pay you back $95. In effect, he has paid you a negative interest rate for the privilege of lending him money. Or, put another way, you’ve paid him for the privilege of loaning him money. 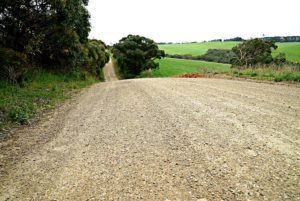 What kind of obvious scam is that? It might surprise you to know that some of the world’s largest banks are lending their assets under similar circumstances, and these are institutions you may have heard of: the Bank of Japan, the European Central Bank, and the state banks of Sweden, Switzerland and Denmark. Basically, they were taking deposits with a promise that the lenders wouldn’t get all their money back.

Negative interest rates came on the global financial scene in 2016, and at the peak, some $12.2 trillion were loaned at negative rates. The negative rate concept evolved as a policy that would punish lending institutions for simply parking their money and earning interest instead of making the loans that would stimulate the economy. In theory, negative rates also reduce borrowing costs for companies and households, driving up demand for loans. But what if banks start passing on the negative rates to their traditional depositors, in effect charging them a fee in return for holding their cash (and lending it out, and profiting on it)? Customers would respond by simply putting the money in their mattresses instead, and generate a higher return (0%) than they would get at the bank.

The longest-running experiment with negative rates is taking place in Denmark, where two large financial institutions—Jyske Bank and Syndbank—now “offer” -0.6% on retail deposits bigger than $1.1 million. Over the last seven years, these and other banks have declined to pass these negative rates on to their depositors. The result is predictable. In July, Danish bank deposits equaled roughly $140 billion, which are then deposited in a central bank account at -0.60% or invested in negative-yielding securities. The banks are reportedly under financial stress that gets worse every year. It turns out (surprise!) that locking in a negative return on your investments isn’t a profitable business.

Could negative rates happen here? The U.S. Fed sets rates at the short end of the yield curve, and they are currently a rather robust 2.25%—which means banks can simply park their cash and earn more than they would if they invested in 30-year Treasuries (an astonishingly low yield of 1.97% currently). If the U.S. experiences a recession, that rate will go down; how far will depending on how alarmed Fed economists become. In December 2008, at the bottom of the Great Recession, that rate came all the way down to 0.25%.

But it’s worth noting that the Fed, this time around, would have to start its cuts from a lower initial rate, which means taking rates down to 0.25% won’t have the same effect as they did in the last recession. If it were necessary to cut rates as aggressively in the next recession as the Fed did in the last one, that would certainly suggest negative rates in our future—and the U.S. would join a very big club around the world.

Trust With Caution; Protect Yourself From Scammers
Financial Therapy Classes