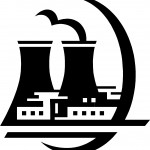 Despite all the turmoil in the investment markets, all kinds of scary Euro scenarios and the debt debates, what makes some people most nervous is the spread of nuclear weapons. That fear was given a bit of emphasis this month when the International Atomic Energy Agency leaked details of its new report on the Iranian nuclear program–specifically, that Iran does, indeed, seem to be actively pursuing a nuclear weaponization program. This, in turn, caused Israeli politicians to talk openly about attacking Iran’s enrichment facilities, which, in turn, raised alarms about a regional war.

And that, of course, spooked the investment markets. (What doesn’t, these days?) But a report by the Stratfor geopolitical intelligence company points out that the IAEA’s basic conclusions have been known for years; they are not news to anyone, least of all to the Israelis. Stratfor points out that actually building atomic weapons is a much more costly enterprise than most of us realize. For Iran to spend billions developing not only the fissionable material, but also the sophisticated bomb to trigger it, plus an accurate missile delivery system, the country would have to believe that a nuclear bomb was the most powerful way to deter an invasion from the West.

As it happens, Stratfor reports, Iran has a much better, cheaper deterrent: its ability to conduct instant guerilla warfare in the Persian Gulf and the Strait of Hurmuz, the tight waters where so much of the world’s oil flows. Much as the U.S. may dislike Iran’s governing theocracy, it would dislike far more the sight of burning oil tankers in the Strait of Hormuz, and the effect that image on CNN would have on the world’s financial markets. As long as Iran can hold that over everybody’s heads, it really doesn’t need to scare them with the specter of mushroom clouds.

Stratfor also says that surprise is always the best element for a successful strike on multiple nuclear sites inside a well-guarded country. Israel would hardly be announcing the possibility of launching a pre-emptive strike right before it was planning to do so. The moment we should feel most secure that an attack, and regional conflict, is NOT going to happen is when Israeli politicians are discussing the subject on the cable news channels.

Investing In Gifts
Wrangling Over a Phantom Stimulus