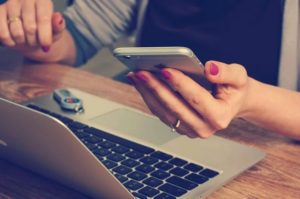 Investors of a certain age, with long memories, remember the prelude to the Tech Wreck of 2000. Back then, even investors in the supposedly diversified S&P 500 index of 500 stocks discovered that they were 33% invested in technology. By 2003, after a murderous series of downturns that saw a number of tech companies go out of business, that weighting had fallen back to 14% of the index.

We seem to be heading back in the same direction. A recent report in CNN Business reports that the five largest companies in today’s S&P 500 index are all tech firms, and they now account for nearly 20% of the market value of the entire index. Chances are you’ve heard of them: Apple, Microsoft, Amazon, Alphabet (Google owner) and Facebook. Together, their market capitalization—that is, the aggregate value of all their stock at today’s prices—is $4.85 trillion. The total market value of the S&P 500 stocks is around $26.7 trillion.

How does this happen? As a company’s stock price goes up faster than those of its corporate peers, so too does its weight in the index. The tech companies have been on quite a run recently—just like the runup to the tech wreck 20 years ago

The point here is that many investors in the popular index probably believe they are well-diversified across many parts of the U.S. economy, and insulated from a major downturn in any one sector. But today, the two largest companies in the index—Apple and Microsoft—each have a higher weighting than the total energy, utilities, real estate and basic materials sectors of the economy.

These high concentrations tend not to end well. In addition to the significant tech weighting in 2000, we can look back to the time when financial stocks became a disproportionately large part of the index in 2007—right before the demise of Lehman Brothers and a major financial crisis. Energy stocks had an unusually high concentration in 2008 before oil prices plunged.

But of course, that doesn’t mean that the markets will again follow the historical pattern. A recent report shows that the tech sector now claims a 22% share of the total earnings of the S&P 500, suggesting that the current weighting today is more appropriate than it was at the height of the tech bubble in 2000. Back then, tech’s share of earnings was 15%, compared with a 33% weighting. The point here is to recognize that many index portfolios are currently holding more technology than any other sector, and they are therefore more vulnerable to a downturn in that sector than they have been since that memorable downturn 20 years ago.