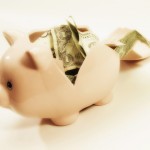 In case you were curious about what our lawmakers around the country do for a living, here’s a list of some of their more interesting legal creations: http://www.youtube.com/watch?v=cu2SBCbbwTY.

One of the strangest laws on the books, when you think about it, is the rule that at an arbitrary age–when you reach age 70 1/2–you have to start taking mandatory distributions from your IRA accounts. Of course, that also means you have to stop the tax-free compounding on those distributions and pay taxes on the money you take out, even if you don’t need it to pay expenses. Why that age and not some other, like 80 or 90–or why not have your estate pay taxes on however much is left over when you die? And in any case, what was the point of that extra half year?

It’s a dumb rule, and tax specialists and financial advisors spend a lot of time thinking about how to make it less of a burden on our clients.  Planning ahead can have a big impact.  To take perhaps the simplest example, consider a person with $1 million in various IRA accounts who turns 70 1/2 next year. The rules say that she would have to take the first required minimum distribution (RMD) by April 1 of 2013, based on the IRA balance at the end of 2011.  Based on the Uniform Lifetime Table, her RMD would be around $36,500. But she also has to take her second distribution by December 31, 2013, based on the total IRA balance as of the end of 2012–which, depending on what the markets do, could be as much or more than her first distribution.

If she does what instinct tells us to do, and delays taking her first distribution until April 1, 2013, she would end up receiving two distributions in the same year, creating taxable income of somewhere close to $80,000 in addition to her other income or distributions. This double distribution might trigger a cascade of unwanted tax consequences. It would shoot her into a higher tax bracket, put a higher tax rate on her Social Security check, potentially cause her to pay more for Medicare Parts B and D, and expose more income to the 3.8% Medicare tax that will take effect in 2013. For many people, it makes a lot more sense to take that first distribution at the end of 2012, and keep the tax rate lower.

Planning ahead also means looking at taking some money out of the IRA long before the distributions are required. A retired couple in their 60s could take just enough out of their IRA to fill up their 15% or 25% tax bracket, and use that money to pay for living expenses. That way, they control the taxes on those distributions and prevent the situation where the future RMDs are so high that they (and Social Security) are taxed at elevated rates.  This also allows stocks in the taxable portfolio to continue to appreciate; their gains are only taxed when you sell.

There are, of course, other planning options. The law (for now) allows people to gift up to $100,000 of their IRA distributions to their favorite qualified charity without any increase in the IRA owner’s gross income.

Another solution is to convert some of the IRA money to a Roth RIA, which never has to take distributions, and whose distributions are never taxed again. This controls the size of the required distributions and the taxes imposed by this dumb rule, and the additional impact of taxes on Social Security payments and the Medicare tax. Yes, you have to add the amount of the conversion to your total income and pay taxes on it in the year of the conversion, but there are ways to control the damage. People who have tax-loss carryforwards, or investments with losses, can offset some of the income by capturing those losses to reduce the tax bite.

The bottom line is that RMDs are a pain in the neck, but we all have to live with them. Millions of people will fail to plan for the involuntary distributions lurking in their future, and end up paying a windfall of taxes to the government. Those who do a little planning will come out ahead.

One Response to Planning for a Dumb Rule