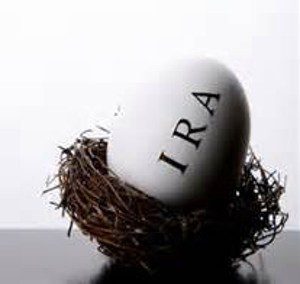 The SECURE Act significantly reduced the benefits of an inherited traditional or Roth IRA, by requiring the non-qualified heir (typically anyone other than the spouse) to take the full amount out of the account within ten years of receipt. Interestingly, that provision makes it somewhat more beneficial for some people to make Roth conversions today.

In general, you don’t want to convert assets from a traditional IRA to a Roth IRA unless you can pay those taxes with outside funds; otherwise you’re reducing the money that can accrue tax-free until the money is needed. The traditional calculation is that the conversion only makes sense if the person’s tax rate today is lower than the future tax rate—and if you have a crystal ball which tells you what future tax rates will be, we would like to have a conversation about it.

But some bets are better than others. The years between when a person leaves work and age 72 (when that person has to take required minimum distributions out of the traditional IRA) can be ideal for a conversion. The tax rate during those years when no employment income is earned can be low, and partial conversions up to certain tax brackets can be very attractive. This reduces the required minimum distributions (RMDs).

What’s the additional argument for a Roth conversion post-SECURE Act? Some people don’t need their IRA assets to pay for retirement. So they take the lowest amount possible—the RMD—out each year, maintaining a balance, which they will leave to their heirs. The additional benefits accrue to the heirs, particularly if the heirs would inherit the account during their peak earning years.

Under SECURE, if the Roth IRA account is inherited, it still has to be liquidated within ten years of receipt—just like the traditional IRA. But the Roth beneficiaries face a simpler set of choices regarding the payment of taxes. If they inherit a traditional IRA, they have to decide whether to take the money out all at once at the end of 10 years, and risk having a huge tax bill because the distribution puts them in the highest tax bracket, or take the money out gradually and forego years of tax-free compounding. If the new owners of the account are in their prime earning years, then they may already be in a high tax bracket and be pushed higher no matter what they do. A big part of the bequest would be lost to taxes.

The Roth IRA beneficiary, meanwhile, has the luxury of allowing the full 10 years of compounding to proceed without any tax consequences to worry about. He or she is never pushed into a higher bracket during peak earning years. A Roth conversion by the parents is thus a way to transfer more assets to the heirs.

Everybody considering a Roth conversion should talk with a professional to get a full analysis of the potential benefits and drawbacks—understanding, of course, that this analysis requires modeling the unknown future tax code and income levels of potential heirs. Paying taxes now for benefits in the future could be a great strategy under a variety of circumstances which are, alas, still essentially unknowable.

Assessing the “Other” Filing Status
Worse Likely Still Ahead for Economy