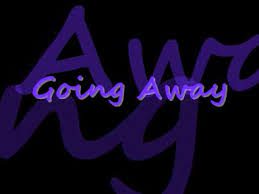 With the U.S. stock market indices hitting record highs seemingly on a daily basis, it’s easy to wonder if we’re experiencing a market bubble that is about to burst.  Compounding the worry for some investors is the old market adage: “Sell in May and go away,” which suggests that summer and fall are typically a poor time to be invested.

As it happens, the actual quote dates back to traders in the London markets in the 1930s, who would tell each other to “sell in May and go away, stay away till St. Leger Day”–the day of a major British horse racing event in late September.  The thinking is that these tipsters and traders wanted to enjoy their Summer vacation without worrying about the markets.  The reference to the final final leg of the British version of the Triple Crown hints that they might have been at least as acquainted with parimutuel wagers as they were with investing.

Is there any truth to this recommendation that you sit out the summer and fall?  Between 1960 and 1979, “sell in May” outperformed the buy-and-hold approach by an average of 2.8 percent points per year.  But in the years before that, from 1926 through 1959, selling in May underperformed the buy-and-hold strategy by an average of more than 5 percent points per year.  The track record since then is somewhat mixed, and there is even some evidence that in election years, you would have made money if you had reversed the strategy.  This year, anybody who sold on May 1 would have missed out on a 5% gain in the broad-based Wilshire 5000 index, and similar gains in the large cap indices.

But the larger question remains: are all these market highs telling us to sell?  Are we in the midst of a stock market mania?

Interestingly, the very fact that you’re asking that question suggests that the answer is no.  During market manias and major bubbles, investors are clamoring to buy ever more stocks, in the firm belief that the markets only go in one direction: up.   Investors today seem to believe the opposite: with every cautious market rally, you hear rumors of a market downdraft right around the next corner.

Meanwhile the factors that have driven the stock market to its recent record heights remain intact.  The stock markets are still enjoying unprecedented support from global central banks.  The U.S. economy is still improving, we are experiencing record corporate profit margins, and stocks are still priced at historically-attractive valuations relative to bonds.  A lot of people have lost a lot of money betting against this rally, and a lot of people are still waiting nervously on the sidelines–including a few more who believed the “sell in May” story.

You should probably give this slogan, made up by lazy traders in Depression-era London, about the same credence as other popular market “truisims” involve the winner of the Super Bowl, the length of hemlines, the Sports Illustrated swimsuit cover model and something called the lipstick indicator.  The market may suffer a downturn this summer and fall, or it may not.  If anybody tries to tell you they know how the rest of this year is going to play out in the markets, listen with about as much interest as you would listen to a hot tip at the race track.