If you watched the Republican presidential debates, you might have noticed that a number of candidates yearn for a return to the gold standard—that is, that every dollar issued by the government would be backed by a comparable value in gold bars that were stashed away in a government vault. Sen. Ted Cruz of Texas argued that the dollar should have a fixed value in gold, and Sen. Rand Paul of Kentucky added that printing money without backing in the precious metal destroys the value of our currency. Mike Huckabee, former governor of Arkansas, thinks that if not gold, then the dollar could be pegged to a basket of commodities. All are mostly concerned that printing money will cause runaway inflation.

But there may be several problems with this return to the fiscal system of the late 1800s and early 1900s. One is that inflation has barely budged even as the Federal Reserve Board was piling one QE stimulus on top of another, and the government was adding records amounts of currency to the money supply. Why? Because the velocity of money has been low—meaning, essentially, that banks have been sitting on growing piles of cash instead of lending it into the economy where it might have an inflationary effect.

Another problem is that, if pegged to gold, the money supply would be tied to one of the most volatile commodities in the world. In 2006, gold was selling for less than $600 an ounce. Then it peaked at $1,800 an ounce in late 2011. 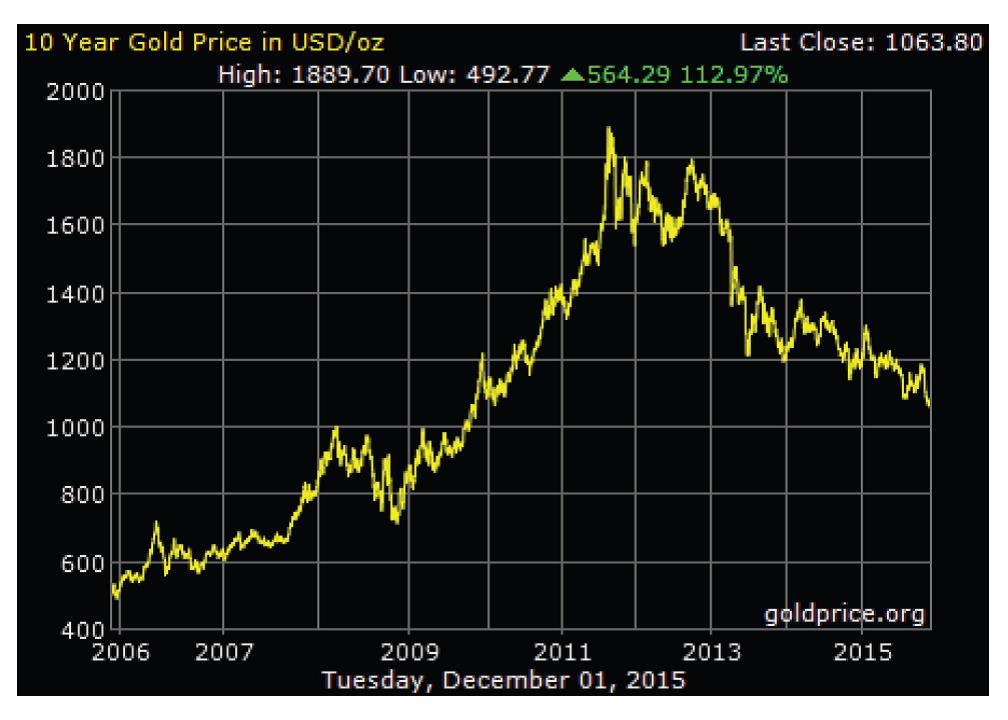 That means that the amount of currency floating through the global economy could have tripled in those five years. Today the price is in the $1,050 range, meaning an automatic 70% reduction in the amount of currency that would be available to the economy. Does it make sense for the number of dollars to be tied to the variations in a commodity whose value is sometimes called the “fear index?”

When the University of Chicago asked 40 leading economists whether a gold standard would improve the lives of average Americans, all 40 said no. They pointed out that the heyday of the gold standard actually experienced far greater economic volatility than we do today, and the nation’s unemployment rate, on average, was almost a full percentage point higher than the period since President Nixon abandoned the gold standard once and for all.