When you model the sustainability of a person’s retirement asserts, the Big Unknown is long-term care expenses. The median annual cost of a private room is now over $100,000 a year, according to Genworth’s 2018 Cost of Care Survey, and the median annual cost of a home health aide, for those who prefer to stay in their homes during dementia or illness, is over $50,000. 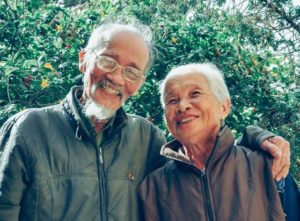 Not everyone will suffer from dementia or a long-term illness that requires skilled care; the Genworth survey noted that two-thirds of retirees may be looking at zero long-term care costs in retirement, while the other third may be looking at half a million dollars or more.

With most other healthcare issues, Medicare and supplemental insurance will cap the cost at the annual premium amounts, though expensive drugs can raise the out-of-pocket expenses. But the government only covers long-term care costs when a retiree has largely exhausted his or her other resources, at which point Medicaid steps in to pay for facilities—often inferior—that accept government payments.

However, retirees can cover any future long-term care costs with long-term care insurance. The average annual premium for a 55-year-old couple was $3,050 in 2019, according to the American Association for Long-Term Care Insurance. These policies will generally cover a portion of the costs for a defined period, such as three years, greatly reducing a retirement plan’s future uncertainties. There are also life insurance and annuity contracts that provide long-term care benefits.

Some people avoid paying long-term care premiums because the money they’re paying for coverage will be lost if they never have to move into a nursing facility or pay for skilled in-home care. But those same people buy home and auto insurance policies that will cover catastrophic losses, and (thankfully) in nearly all years, the money spent on those premiums doesn’t result in an insurance payout. Insurance is there for peace of mind. The real question that people should be asking themselves is: does it make sense to protect against the biggest unknown expense in a retirement plan’s later years?