While some are worried about the rapidly growing U.S. national debt, others are looking at a different debt bomb that is slowly ticking in American households. Debt by Americans age 19 to 29 years old exceeded an astonishing $1 trillion at the end of last year, the highest exposure for the group since late 2007. The major factor is student loans, but weakened job prospects was also considered to be a factor. Home mortgages actually remain quite a bit below levels incurred in the early 2000s. 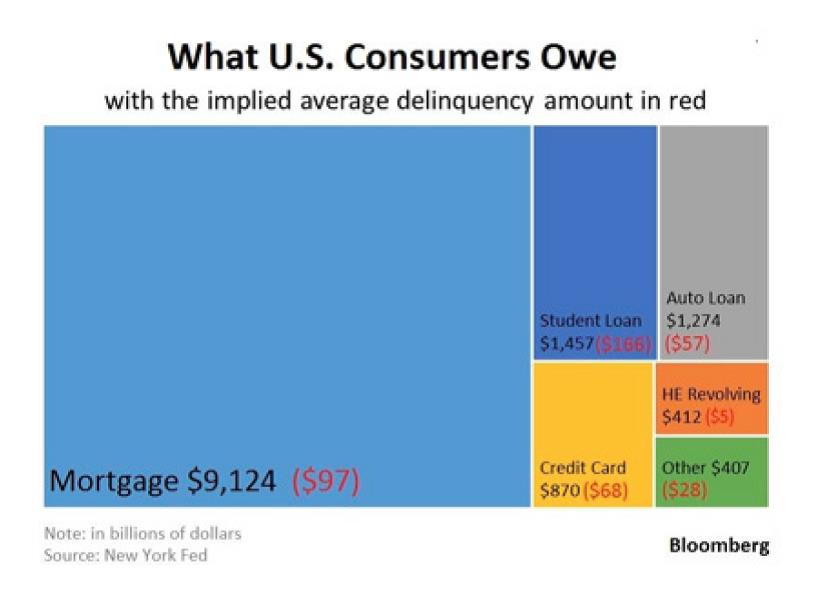 Overall, in the U.S. marketplace, mortgage debt makes up the largest amount that consumers owe, but student loan debt is now in second place, followed by auto loan debt and credit card debt. (see chart) But the trend is clear: student loan debt has increased by 102% since 2009. For home mortgages, the comparable growth rate is 3.2%.

Work History
How to Compare Living Costs and Benefits