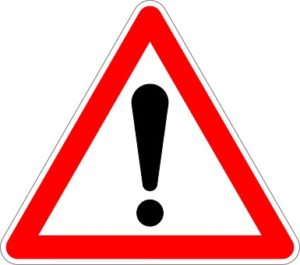 You may have heard of special-purchase acquisition companies (SPACs for short) which raise money in initial public offerings from investors without actually revealing how they plan to deploy it, and then trade on exchanges—often at high multiples—with nothing more to offer investors than cash in the bank and the promise to someday invest it wisely. Eventually, the SPAC will buy a private company or two, and shareholders in the resulting public company will have, in theory, a viable business in their portfolios.

In theory? There is something of a SPAC boom going on right now; the marketplace has roughly 600 of them on the market, so many that they’re having a hard time raising the cash for whatever mysterious purposes they plan for it. As a result, some of the offerings have cast around for celebrity names to attach to their ventures—and you can probably predict the results. Of the 33 SPACs tied to famous figures, 21 posted negative returns for 2021. If an unlucky investor had invested alongside all 33 celebrities, he or she would have experienced an 11% drop in value.

The cannabis-focused Parent Company associated with rapper Jay-Z has experienced a particularly awful 84% plunge, but Beachbody, with ties to Shaquille O’Neal, and Martha Stewart’s AppHarvest, Inc., were both down 66% in 2021. Meanwhile, during the same time period, the boring S&P 500 index was churning out a 27% gain—before dividends.

Not that other SPACs were doing much better. In fact, the DeSPAC Index, which is tracking 25 companies that went public by merging with a SPAC, is down more than 40% this year. A broader IPOX SPAC Index of 50 SPACs that have made purchases, and some that have not, is down 16%.