Space is the final frontier. Our military now has a space force. We are about to get a full report from the government on what it knows about UFOs. Space is in the news, from space tourism to the long-shot prediction by Elon Musk that humans will soon colonize Mars. 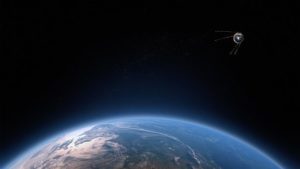 But is space a growth industry worth investing in?

For now, the answer is probably not, even though we are getting close to the time when ordinary tourists will venture beyond our atmosphere. The major players in the space tourism market haven’t yet proven that they can safely deliver a space experience to their passengers, though Jeff Bezos’ Blue Origin is expected to launch its first crewed flight when its new Shepard rocket launches on July 20. Virgin Galactic, a part of Richard Branson’s Virgin Group, plans four test flights of its SpaceShipTwo system before it attempts to begin commercial service in 2022. The first full revenue flight, where the Italian government has booked members of the Italian Air Force at $500,000 per seat, will fly later this year.

Elon Musk’s SpaceX, meanwhile, is focusing on a different market, launching Starlink satellites that are expected to provide internet service to earthbound consumers. So far, the company has launched 1,500 interconnected orbiters.

The economics of these ventures don’t look promising. SpaceX is selling Starlink internet packages for $99 a month, but these are preorders that are fully refundable. It is going to take a lot of $99 orders to pay for just the launches that have taken place so far. Meanwhile, competitor Iridium Communications already has 66 low-Earth orbiting satellites which are providing voice and data connectivity everywhere that SpaceX plans to serve.

Virgin Galactic recently reported a loss of $55.9 million in the first quarter of the year, after losing $59.5 million in the last quarter of 2020 and $63.6 million in the quarter before that. Its upcoming flight will generate just $2 million, which means the company would have to book at least 35-40 flights a year to break even—and one has to wonder how big a market there is for tourists lining up to pay up to $500,000 for a trip that would barely graze the top edge of the atmosphere.

A more plausible business model is Aerojet Rocketdyne’s; the company’s Space Launch System is paid for via aerospace and defense contracts, rather than upscale tourists looking for a thrill. Another defense contractor, Northrup Grumman, focuses on a Mission Extension Vehicle initiative, which refuels satellites in space and returns them to operational status. Others look more questionable. Nokia Corp. has landed a contract to establish a 4G cellular network on the moon, should NASA eventually find a way to colonize it.

Meanwhile, competition is on the way. A rocket builder called Astra, housed in the former U.S. Navy Air Station Alameda, CA, has already launched its 40-foot Electron rocket into space and has plans to reach orbit next year. The company anticipates charging $2.5 million per launch, carrying communication satellite payloads up to 300 kilograms into low-Earth orbit. The company is going public through acquisition by a special purpose acquisition company, but is not currently trading on any exchange.