Tax Simplification That Really Is 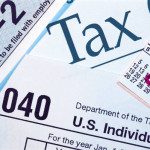 One of the biggest misnomers coming out of Washington is the idea of “tax simplification,” where Congress purportedly makes it easier for all of us to fill out our tax returns by adding several thousand pages of new rules, rates and lists of things we can and cannot deduct under new lists of circumstances. The most recent version, with a complicated deduction for individuals participating in S corporations, partnerships, LLCs and sole proprietorships; new rules governing the deduction of alimony payments; what new payments can be made tax-free out of 529 plans; and restrictions on state and local tax deductions for federal tax purposes is an excellent example of more complexity, not less.

But one actual reduction in complexity came with reform to the so-called “Kiddie Tax.” Under the old law (get ready for some real complexity) a dependent child under the age of 18, or under 19 who provides less than 50% of his/her support, or a full-time student under the age of 24 would divide his/her income into two buckets: earned and unearned (investment) income. If parents claimed the child as a dependent on their return, the child’s standard deduction would be the greater of $1,050 or the child’s earned income plus $350 up to the standard deduction amount of the parents. If the unearned income was more than $2,100, the investment income—but not the earned income—would be taxed at the tax rate of the highest-income parent. Got that?

Of course, that means that children get to the highest tax rate with far less income than, for example, married individuals (where the top rate kicks in above $600,000 in taxable income) or heads of household ($500,000). But at least the calculation is simpler—certainly a rarity in our history of tax “simplification.”