Legalized marijuana is a polarizing topic in the U.S., but one aspect of it that is attractive to all sides is the potential tax revenue. But how much are we actually talking about?

A recent article in Forbes magazine noted that ten states, plus D.C., have now legalized pot sales, and seven of them currently tax and regulate revenue-producing stores. Those taxes typically total 10-37 percent more than local sales taxes, which makes legalizing marijuana really, really lucrative to state coffers. Last year, Washington took in an estimated $319 million, while California’s revenues totaled roughly $300 million. Colorado collected $266 million. You can see on the chart that several states are too new to the marijuana marketplace to show revenues, or don’t access taxes on its sales. 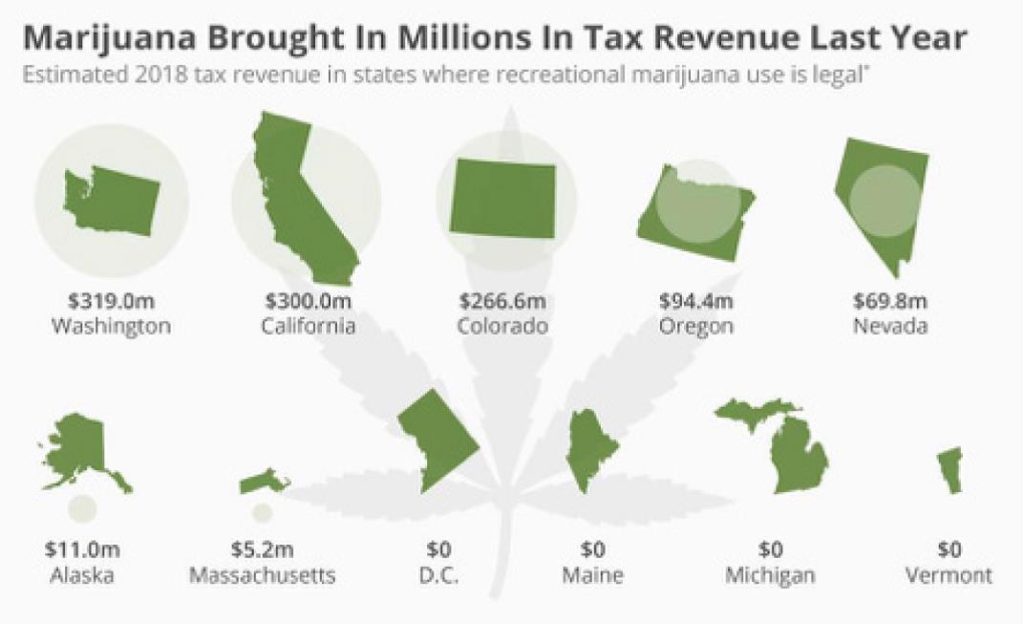 For those who do, where does the money go? Colorado has the longest history with legalized pot. Among other things, its weed revenues are going toward school construction, drug abuse programs, and medical research. The city of Aurora used $900,000 to open up a space for the homeless, plus access to basic services. Pueblo used its marijuana tax revenue to fund scholarships for underprivileged students.

But the social costs are another issue. Have you read anything about dramatically rising crime rates in Washington, California, Colorado, Oregon, Nevada, Alaska, Massachusetts, Maine, Michigan or Vermont?