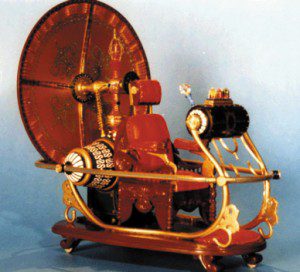 One of the more interesting myths in the investment world is that large financial institutions, with their access to mountains of data pored over by teams of staff economists, can determine where the markets are going and profit accordingly.  Gullible investors believe this even though, every year, we can go back to the confident predictions of brokerage firm leaders and leading hedge fund managers and see a hard-to-explain gulf between expectation and reality.

This past 12 months, the broad U.S. stock markets delivered roughly a 16% return, depending on which of the indices you’re measuring–a good year by any standard.  Diversified protfolios returned 6% to 10%. So let’s jump into a time machine and see whether the brokerage firms were telling us to go all-in on stocks and take full advantage of this nice little bull market run.

They weren’t.  Adam Parker, who serves as the U.S. equity strategist for the mighty Morgan Stanley organization, boldly predicted that the S&P 500 index would fall 7.2% in 2012.  He recently said that he underestimated the impact of central bank stimulus.

David Kostin of Goldman Sachs, meanwhile, predicted that the S&P 500 would drop 25% in the midst of a Euro collapse, and boldly predicted that Europe’s sovereign debt crisis would worsen “almost daily.”  John Paulson, founder of what may be the most famous global hedge fund, based in NY, told clients in April that he was wagering heavily against European sovereign bonds.  UBS economist Jonathan Golub forecast struggling equities in the face of European recession.

In fact, the Eurozone became practically the epicenter of bad Wall Street predictions; crafty traders watched in dismay as Greek bonds surged in value in 2012, and the Euro itself strengthened about 9.4% from its July 24 low against the dollar.  Germany’s DAX Index managed to survive the predicted freefall by returning 29% to investors who ignored their brokers and stayed the course in Europe.  The most dire predictions came from Citigroup economist Willem Buiter in London, who told reporters last February that there was a 50% chance Greece would leave the euro within 18 months.  In May, he raised the risk to 75%, and cited a 90% chance of departure in July–and said he was assuming that there would be an exit by January 1. 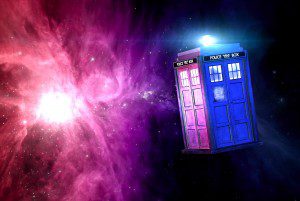 2012 is not an isolated incident; in fact, last year a company called CXO Advisory Group–which tracks more than 60 market “gurus” (the company’s term)–calculated that the average Wall Street expert forecaster had been accurate only 48% of the time over the long term.  Translated, that means that a coin flip is a slightly more accurate predictor of the future than the experts you see on cable’s financial TV channels.

But of course this is the season when, once again, the experts, economists and visionaries put on their gypsy shawls, get out their crystal balls, and tell you with calm certainty where the markets are going in 2013.  You are about to be deluged with confident predictions from Wall Street, along with Money Magazine telling you “the smart place to put your money now,” and once again it will all sound believable.  Perhaps the best advice is to imagine, as these gurus come on the tube, that they are wearing tall, floppy wizard hats with a bright crescent moon inscribed on the front.

Or you can turn off the TV and pull out a more reliable guide to the future: any one of the coins in your pocket that happens to have a head and a tails.