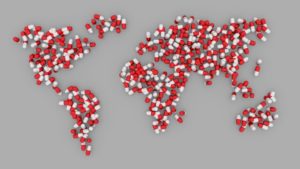 The U.S. spends more far more money, per capita, on healthcare than any other country in the world. So we should be the healthiest nation on earth. Right?

Who finished atop the list? For the first time, Spain was declared the healthiest nation in the world, followed by Italy, Iceland, Japan, Switzerland, Sweden, Australia, Singapore, Norway and Israel.

Spain also has the highest life expectancy at birth among European Union nations (at 86 years), but trails Japan and Switzerland globally. Meanwhile, China finished 52nd on the healthiest country list, but the Institute for Health Metrics and Evaluation recently said that life expectancy in China is on track to surpass the U.S. by 2040.

The Most Precious Metal–For Now
Seen Yearly, Retirement Medical Costs Not So Scary