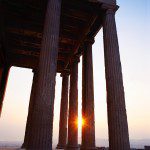 “The slowest-moving train wreck in history.” This is the way one economist recently described the Greek debt default. Most of us have heard way too much about the finances of this relatively small member of the global economy.

But now, the constant parade of headlines may be over. On Friday, March 9, holders of more than 83% of Greece’s government bonds agreed to exchange their nearly-worthless holdings for new bonds. In effect, they have forgiven 74% of the bonds’ value, wiping out roughly $138 billion of Greece’s debt burden. This number could rise as a series of “collective action clauses” force the holders of the remaining bonds to go along with the deal. The swap agreement also opens the door for the other European finance ministers to approve a $173 billion bailout package for the ailing Greek economy.

Of course, even with the debt forgiveness and bailout package, Greece is far from out of the woods. An article published by the British Broadcasting Corporation (BBC) reports that the country still plans dramatic government spending cuts, which is deepening an already-severe recession that saw a 7.5% reduction in Greece’s GDP in the final three months of 2011. But the risk that Greece’s problems will metastasize into a global financial meltdown seems to be greatly diminished.

One of the most interesting, and unreported, aspects to the crisis was the underlying fear that European banks were secretly holding massive levels of credit default swap exposure on their books, many of them specifically written to insure losses on Greek bonds. Derivatives contracts similar to these, written on collateralized home mortgage bonds, were so prevalent in the 2008 market meltdown that, when counterparties started making claims, it brought the global financial community to its knees. For inexplicable reasons, banks and financial institutions are not required to report their exposure to these contracts, so until March 9, nobody knew which lenders might be on the hook for more than their institutions were worth.

When the International Swaps and Derivatives Association, after a brief conference, decided to classify the deal as a “credit event,” European regulatory authorities held their collective breath. When the Moody’s rating agency declared that, by its definitions, Greece had defaulted, it cemented a contract-holder’s claim to be repaid in full. (Standard & Poor’s followed suit a day later.) But when the claims were presented, it became apparent that the derivatives payouts could be as low as $3.2 billion, a tiny fraction of the losses that banks incurred on their Greek bonds. Instead of an earthquake, the derivative swaps triggered a loud popping sound.

Which is perhaps the last sound you’ll hear about Greece and its reckless borrowing binge.

Public Misconceptions of Private Equity
What Do You Need: A Butcher or Dietitian?