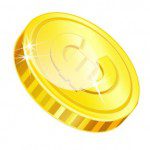 It has been five years since the newspapers exploded with stories of the Greek debt crisis, which, we were told, threatened the very existence of the Eurozone. Eventually, a variety of bailout packages were negotiated, and things seemed to return to normal.

As it turns out, the current rescue package will run out at the end of June. The European Union finance ministers and leaders of the newly-elected Greek government appear to be far apart in their negotiations on extending the bailout. The European Central Bank, International Monetary Fund and the European Commission have demanded that Greece institute another round of economic reforms, meaning austerity in government spending and services, higher value-added taxes, pension cuts, and a continuing decline in the Greek GDP and standard of living for ordinary citizens. The citizens, naturally, have been reluctant to endure any more pain, and elected leaders from the Syriza Party who ran in opposition to any more austerity, promising instead to cut a better deal, spend more and generally use Keynesian economic theory to restart the economy. The Greek government recently rehired 4,000 public sector workers in a clear display of independence from the creditor demands.

Greece’s finance minister has agreed to make the next 750 million euro loan repayment to the International Monetary Fund, which staves off immediate default. But there is no question that the country will have to refinance 172 billion euros of debt. No deal means default and, possibly, what people are calling a “Grexit” from the Eurozone. You can expect to suddenly see headlines about the looming “crisis” and once again hear intimate details about the financial situation in Greece. If the negotiations succeed, and Syriza officials win concessions, it could bolster the strong anti-austerity populist movements in Spain, Portugal and Ireland.

Should you be concerned? If you’re holding a private stash of Greek bonds, or are receiving a government pension from the nation, then you should be following these developments closely. If not, then there is nothing about the negotiations which will change the underlying value of European stocks and bonds in most American portfolios. The headlines could cause a selloff, particularly in the event of a Grexit, but corporate earnings and valuations will ultimately prevail, whether Greece is given a grace period, whether it remains part of the Eurozone—or not.

DIY Prenup a Tool for Engaged Couples
What’s Next for Oil Prices?